Do the contenders pose a challenge to this Challenger?

It’s time for more quarter-mile drag racing action from Wheels on YouTube, this time starring everyone’s favorite stoplight machine, the Dodge Challenger SRT Hellcat. Specifically, this is the Widebody version that Dodge says can run the 1,320-foot strip in 10.9 seconds, a few tenths quicker than a standard Hellcat. Its competition is a white first-generation Chrysler 300 SRT8 with flames on the hood – something we’ll admit seems a bit ostentatious on such a vehicle – and a rather stealthy New Edge-era Ford Mustang from the early 2000s. Neither sounds like much competition for a 10-second Challenger, but as we’re all aware, looks can be deceiving. 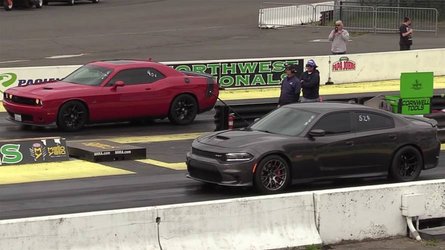 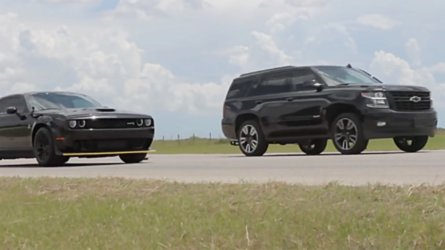 Speaking of looks, first up is the Mustang which could almost pass for the 193-horsepower (144 kilowatt) V6 version of the day. In reality, this is a limited-edition Mach 1 built from 2003-2004, brandishing a functional Shaker hood with DOHC 4.6-liter V8 making 305 horsepower. That’s still less than half the horsepower in the Hellcat, but the older Mustang doesn’t have the Challenger’s mass to contend with. Still, it would take a miracle for the Mustang to win. 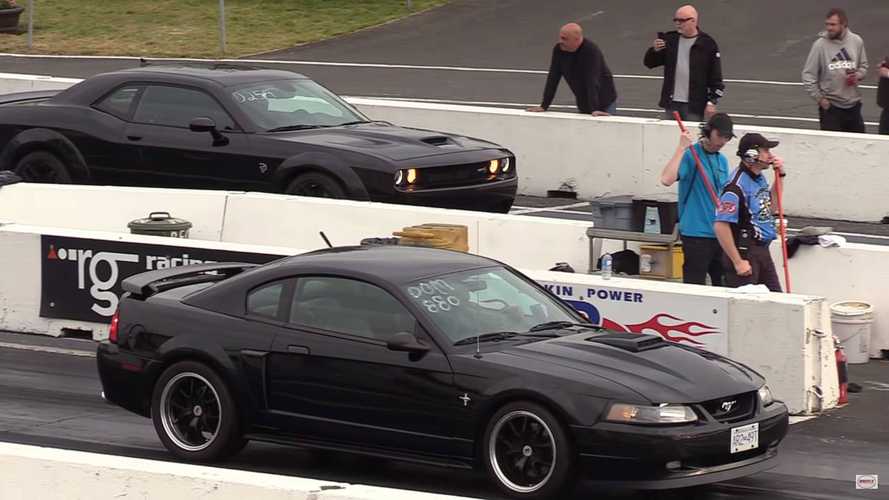 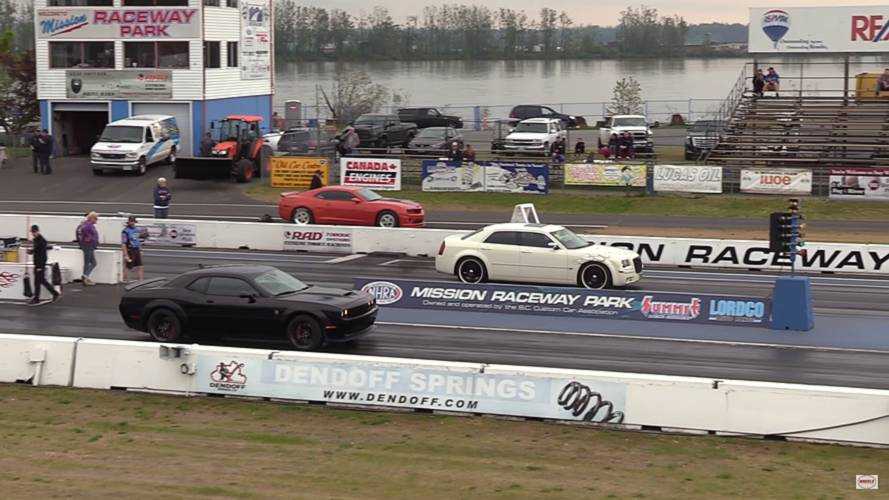 We won’t leave you in suspense, because there are no miracles here. The Mustang loses, but not as bad as you might think. The surprise here isn’t that the Mustang was particularly fast, but that the Hellcat was surprisingly slow. The timing board shows a 12.14 elapsed time for the hell kitty – a far cry from its 10.9 capability. That goes to show just how critical the launch is at a drag strip, which the older Mustang executed much better. Admittedly, it’s not easy getting 707 horsepower to hook up at the starting line.

The second race features the flame-kissed Chrysler. With such flamboyant detail work up front, surely this large sedan would be packing more than the stock 425 hp (317 kW) from its Hemi V8. As with the previous race, the Hellcat seems a bit slow off the line but after that, it’s all Challenger. The Hellcat driver does improve on his time from the previous race, but by how much? We'll let you watch the video to see the final outcome for yourself.