We need more of this in the world.

Folks, police officers are people too. Yes, they’re the ones who pull us car fanatics over for speeding, and yes, there are a few bad apples in the bunch. We’re here to say, however, that there are far more good cops than bad, and let’s face it – sometimes we need a reality check to keep us from doing something supremely stupid like spinning donuts on a bridge in San Francisco, or going 100 mph in a freaking school zone.

These cops fall into the cool category. The meet in question took place in San Diego, California, but it doesn’t really matter – this applies to any decent-sized town in the U.S. with an active car scene. From the looks of it, there was a sizable car gathering happening in a mall parking lot that was about to close. We’re guessing some questionable auto antics occurred there in the past because everyone is expected to be out by 10:00 p.m. when the mall closes, and police are on-site to enforce the rule.

Instead of just rolling through all serious and confrontational, however, the boys in blue show a bit of humanity by informing the crowd that they “don’t have to go home but you gotta get out of here, especially if you drive a slow Honda.” Predictably, the crowd is a mix of laughter and taunts, especially when the cops offer to give V8 drivers a two-minute head start. Shots fired, though fortunately it’s just a figure of speech in this case. The video ends shortly thereafter. 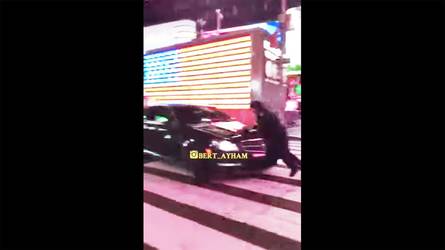 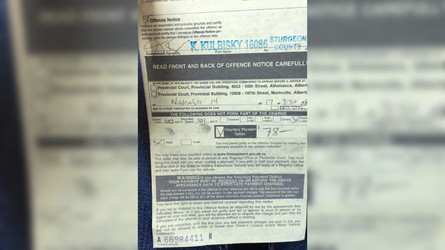 Allow us a brief moment to close this article on a serious note. How many of these car enthusiasts left the meet with a better opinion of the police? Yes, we like to have fun in cars, but like it or not spinning donuts or doing burnouts on private property like this mall lot is illegal. Small, friendly gestures like this can build tremendous bridges in communities large and small. Hopefully more police officers and car enthusiasts see this video and understand we’re all in this crazy world together. There’s no reason we can’t get along.