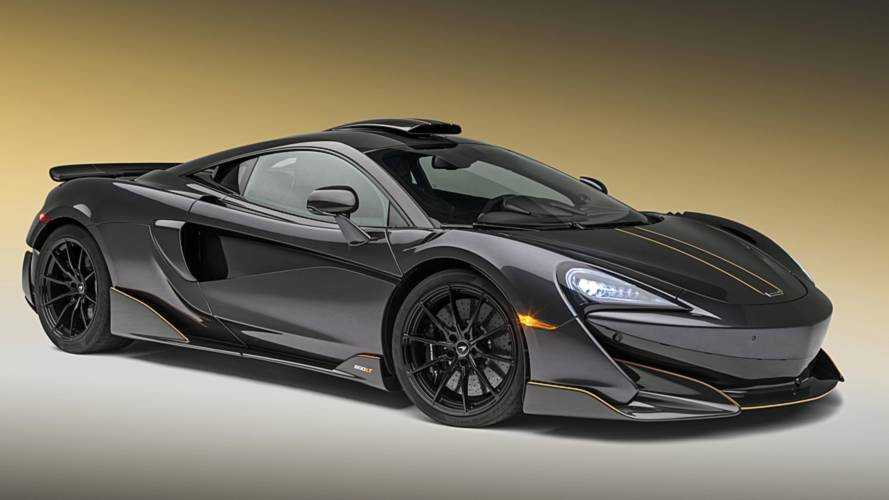 Carbon fiber all the things.

We’ve only known the McLaren 600LT for barely a couple months, but already the supercar manufacturer has a spiffed-up version. It’s not the faster edition that was teased by McLaren back in July, but it does offer up nearly $125,000 in optional add-ons to officially become the McLaren 600LT in Stealth Grey by MSO. The custom-tweaked supercar will show its stuff to attendees this week at the Pebble Beach Concours d’Elegance.

Check out the McLaren 600LT:

The crux of the upgrades are, as you might expect, carbon fiber. The 600LT – itself an upgrade from the 570S – already has plenty of the lightweight material but this car adds a carbon fiber roof scoop that’s fully functional. Nestled in the scoop is a nifty track telemetry camera that McLaren says is there to “record inspirational moments.” Neat.

Other upgrades include 10-spoke alloy wheels, the harness bar and six-point harnesses from the MSO Clubsport Pro package, and a whopping great stereo so you can enjoy your jam while demolishing track records. And to make sure the car has a proper visual impact, it’s given a menacing gray finish with McLaren Orange contrasting details both inside and out.

McLaren intends this one-off to be a showcase of the many options and bespoke customizations available for the 600LT, but that doesn't mean you can option up your own 600LT to match.

"With MSO Defined we offer a range of personalization beyond the standard factory options,” said Ansar Ali, Managing Director of McLaren Special Operations.  “For this special 600LT we have combined a sprinkling of both to create a car that showcases the lightness and track-focused performance of this latest Longtail variant.” 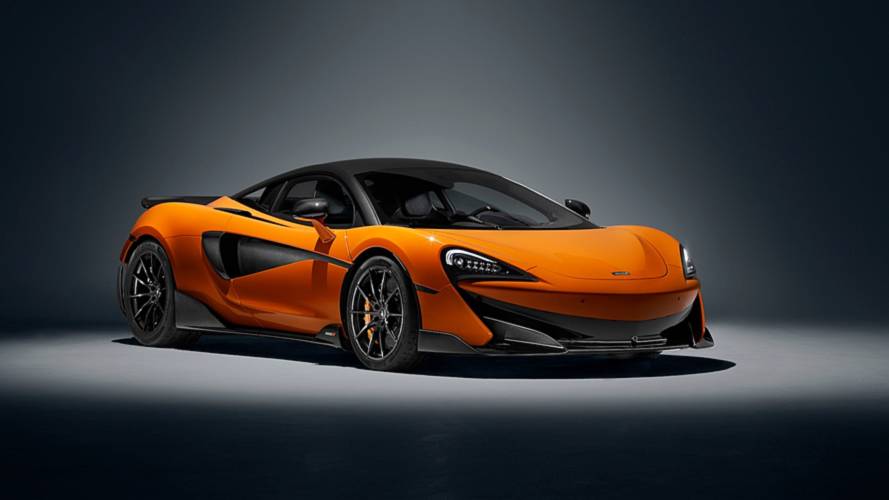 The show-stopping ‘McLaren 600LT in Stealth Grey by MSO’ produced by bespoke division, McLaren Special Operations, is set to have its global reveal on the Concept Lawn at the Pebble Beach Concours d’Elegance this Sunday, August 26.

Finished in a Stealth Grey MSO Bespoke paint, this unique car features a wide selection of upgrades from both the MSO Defined catalogue of options and MSO Bespoke customer choices, giving a preview of how much personalization can be incorporated into McLaren’s lightest, most powerful road-legal Sports Series car.

Introduced in July at the Goodwood Festival of Speed, the McLaren 600LT epitomizes the McLaren philosophy of producing lightweight sportscars and supercars that deliver extreme performance and exceptional driver engagement. Featuring the unique LT top-exit exhaust, the car delivers 592bhp and can sprint to 60mph in just 2.8 seconds on its way to a maximum speed of 204mph.

“MSO Bespoke was established to help customers realize their dreams and allows an almost limitless level of customization where imagination is the only restrictive factor.  With MSO Defined we offer a range of personalization beyond the standard factory options,” commented Ansar Ali, Managing Director of McLaren Special Operations.  “For this special 600LT we have combined a sprinkling of both to create a car that showcases the lightness and track-focused performance of this latest Longtail variant.”

The exterior of the car is distinguished by a Stealth Grey Bespoke paint finish with a Matt Black and McLaren Orange Exterior Pack to accent the car’s aerodynamic features. The iconic Visual Carbon Fibre Roof Scoop, inspired by the legendary McLaren F1 Longtail, is a key MSO Bespoke addition and operates as a fully functional air intake system that invigorates the driving experience with its active air induction sound. A track telemetry camera is also seamlessly integrated into the scoop cover to record inspirational moments.

Inside, the occupants are reminded of the 600LT’s track-focused heritage with a myriad of MSO touches including Super-Lightweight Carbon Fibre Racing Seats – taken straight from the McLaren Senna –featuring a McLaren Orange contrast stitch to mirror the exterior striping, a Carbon Fibre Interior Upgrade Pack including central tunnel and door insert panels, and the harness bar and 6-point harnesses from the MSO Clubsport Pro Pack.

Adding a touch of extra luxury is the upgraded 12-speaker Bowers & Wilkins Audio System for enjoying those drives to the track, while beautiful detail touches that complete the picture include Bespoke Embroidery in the headrests, the discrete etching of ‘600LT’ on the throttle pedal and a Bespoke set of hand-painted keys that unlock the passport to 600LT adventures.

For information about the McLaren 600LT or to learn more about the services offered by McLaren Special Operations, go to: http://cars.mclaren.com/