There doesn't appear to be much reason for the GT to lap the Nordschleife, which leaves us very curious.

A thought-provoking video shows a race-suit-clad driver lapping the Nürburgring Nordschleife during industry testing time. It immediately raises the question why the Blue Oval would bring its supercar to the 'Ring long after the start of sales. An antenna on the roof indicates the automaker's engineers are collecting data for some reason. Could this clip hint at Ford preparing for an attempt at the lap record with the GT? Or could there be some updates on the way for the brand's halo car?

Get The Latest Scoop On The Ford GT: 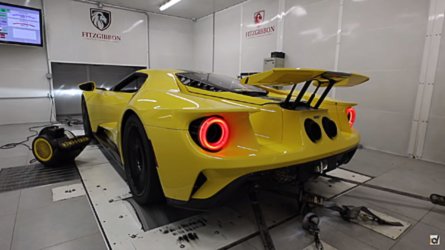 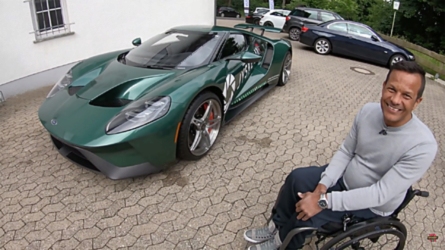 Being Paralyzed Hasn't Stopped This Guy From Driving His Ford GT

Given these figures, the GT would be showing up to the 'Ring with a serious power deficit over the last two record holders. Horsepower isn't everything, though, and maybe Ford's supercar could make up the difference.

In previous tests, the GT hasn't shown itself to be a killer around a track. For example, the GT set a new circuit record around Virginia International Raceway in early 2018 with a time of 2:38.62. A week later, Chevrolet brought a new Corvette ZR1 there, and it managed a time of 2:37.25 – over a second quicker than the Ford.

Trying to set a Nürburgring record would also go against the Blue Oval's previous plan not to chase titles with the GT. The company said that it preferred to put the time into developing new vehicles

So if Ford is not going for a 'Ring record, what is this GT doing there? While this car doesn't have any camouflage, it's possible there could be some new parts underneath the skin. Maybe the Blue Oval is checking out updated components to make the supercar an even more potent machine.

This GT appears to be the example that the Blue Oval uses as a demonstrator, according to some digging by Road & Track. The license plate number allegedly matches the car from running up the hill at the Goodwood Festival of Speed. Since the company already uses it to show off the supercar's capabilities, the GT would be the ideal candidate for either attempting a 'Ring record or evaluate new components because the engineers already have a good baseline of its potential.