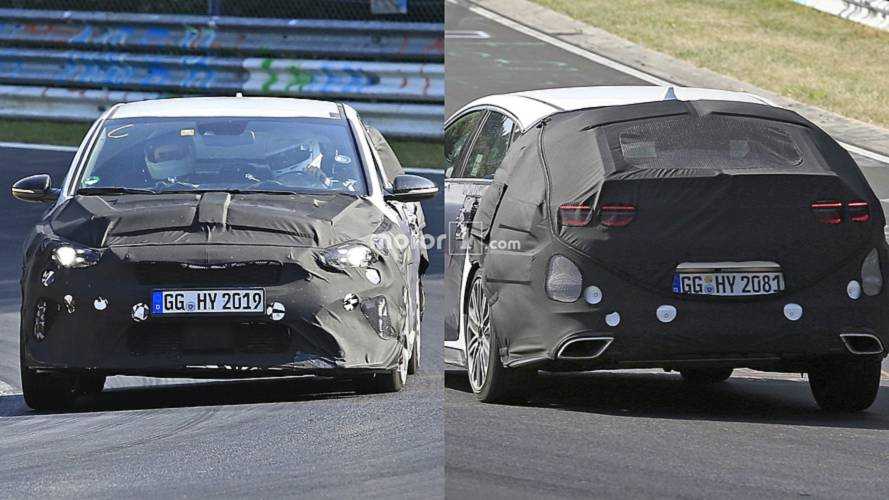 Both the speedy wagon and the hot hatch will have somewhere in the region of 200 horsepower.

The Kia pro_cee’d GT is gone, together with the underline and the apostrophe. Not to worry as Kia is working on a replacement that’ll go by the name of Proceed GT and will eschew the three-door coupe format in favor of a more practical yet equally sporty wagon. Wait, isn’t there already a Ceed Sportswagon? Yes, but the new Proceed will have more of a shooting brake silhouette akin to the stunning concept unveiled at last year’s Frankfurt Motor Show.

The road-going model has now been spotted testing in prototype form while being covered in an abundance of camouflage to hide the sleek design. Judging by the generous size of the exhaust tips, we’re dealing with the range-topping GT trim. The beefy alloy wheels with red brake calipers lurking from behind are also signs of a hotted-up model, much like the big air intakes visible through the mesh applied on the front bumper.

The Proceed GT was spotted at the Nürburgring where our spies also caught on camera its hot hatch counterpart, the Ceed GT (pictured below). This one too had the fat exhaust finishers and red brake calipers, but different rims. Much like the long-roofed version, the hot hatch had a stiffer suspension setup with limited ground clearance and carried disguise even on the side skirts.

Both GTs are slated to offer roughly 200 horsepower since Kia has mentioned the new Ceed GT hatchback will have just about the same oomph as the previous-generation model. Don’t hold your breath for a hotter derivative to match the Hyundai i30 N Performance’s 271-hp output as Kia is afraid a more potent (and consequently pricier) variant would be a tough sell.

The Paris Motor Show in October will probably be the venue where Kia is going to roll out the Proceed, but chances are the spicy GT will not be revealed right away. Both the hatch and shooting brake GTs will likely be launched in 2019.