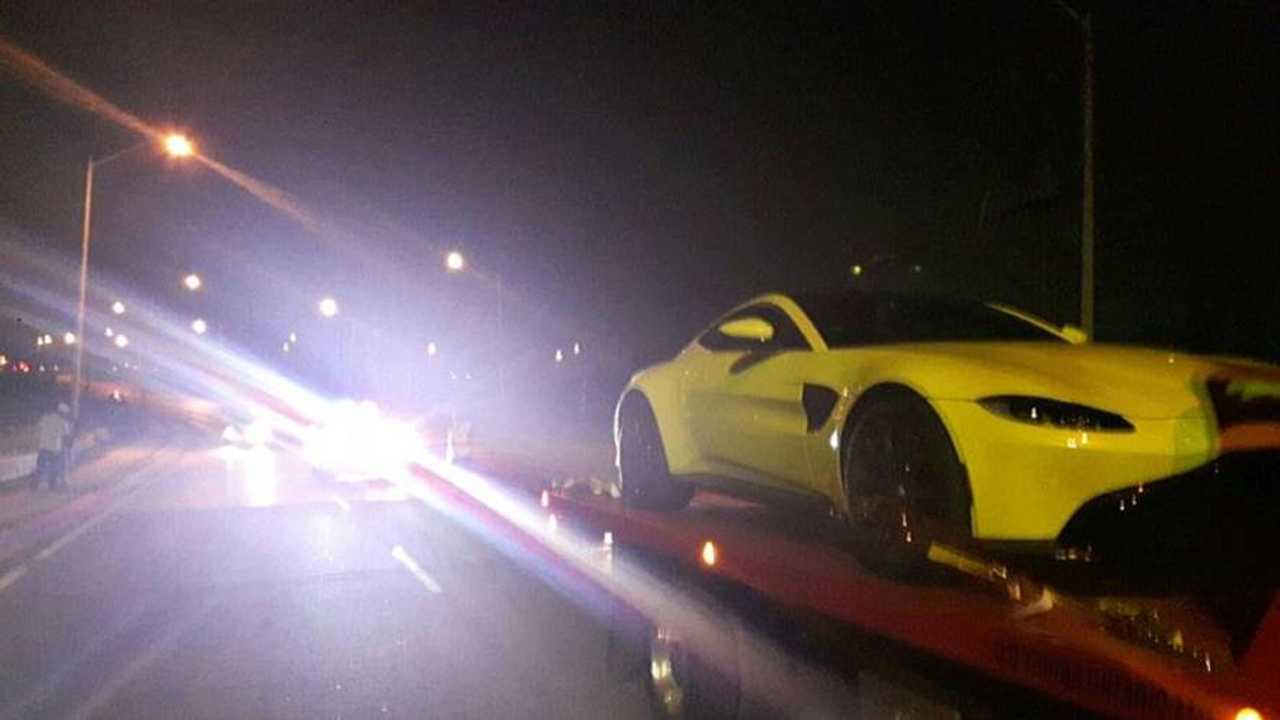 He was going four times the posted limit, and police rightfully seized the car.

Folks, with great power comes great responsibility. That applies to superheroes as well as car enthusiasts, and with the rash of dumbassery we’ve been seeing lately, perhaps a bit of internet shaming is in order. To that end, we present the driver of this exquisite Aston Martin Vantage who clearly has far more money than brains, or common sense, or courtesy, or restraint. It’s possible the person in question doesn’t have money – this could be a friend or child of the owner after all. We don’t know exactly because the police report only mentions the driver as a 31-year old man, but still, that’s way old enough to know better.

See more dumb drivers get what they deserve:

The incident took place in Ontario, Canada, specifically in the town of Vaughan. This knucklehead thought it would be neat to floor the Vantage in a school zone, but it gets better. He did this at roughly 8:00 p.m., so it was quite dark yet still early enough for people to be out. Fortunately, York’s finest were in the area and nabbed the Darwin Award candidate for going 158 km/h in a 40 km/h zone. For those of us in the States, that translates to 98 mph in a 25 mph zone, and don’t forget, it’s also a school zone.

The car was impounded, and the driver was slapped with three separate charges. As for the specific punishment, the courts will have to decide because apparently, nobody thought someone would be dumb enough to go four times the posted limit in a school zone. We have so many choice phrases we’d like to use right now, but since we’re a family friendly site, we’ll just say this guy is a colossal moron.

Yes, we’re on a bit of a high horse here, but we’re talking about a school zone for crying out loud. Fast cars should be driven and enjoyed, but folks, there’s a time and a place for such things. Ideally it’s a track, and we’ve all engaged in a friendly contest of speed on an empty road from time to time. This infraction is in a completely different universe from a quick highway fun run though, showcasing a lack of judgment we can barely comprehend. Endangering yourself with automotive antics is fine, but endangering kids by going 100 mph in a school zone? We hope this guy seriously gets the proverbial book thrown at him.