Next Ford Focus ST Spied Undisguised And Towing A Trailer

The Focus ST makes a weird choice for a towing vehicle, but apparently, it's up to the task.

Ford is simultaneously developing the next-gen Focus ST in Europe and the United States, and these new spy shots provide a fantastic look at a seemingly uncamouflaged test mule in Colorado. For an especially odd sight, this one is towing a trailer, which is not a job that most owners use the Focus ST to do. 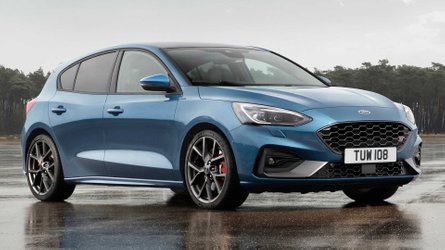 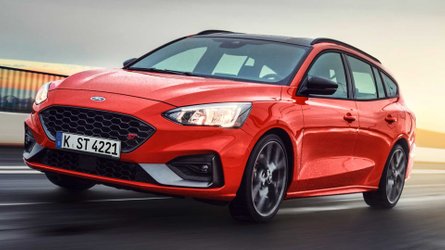 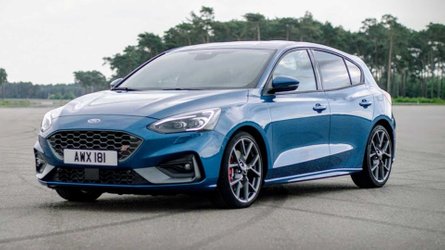 Compared to the test mule in previous spy shots (lower right), the new one (lower left) doesn't appear to have any camouflage, and the lack of concealment reveals a lot about the revised design. The upper intake is significantly larger than on a standard Focus. A wide inlet spans much of the lower fascia. Foglights are in niches in each corner, and vertical gills likely direct air to cool the brakes. 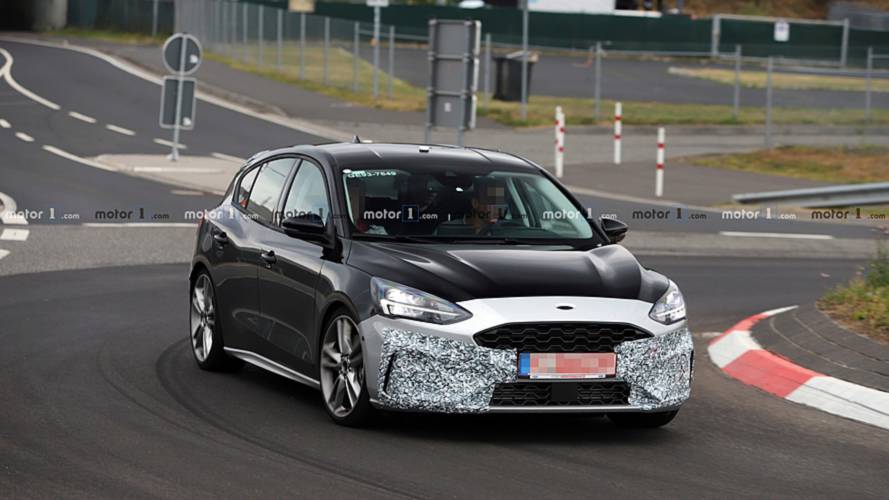 At the back, the Focus gains a large rear spoiler and a new bumper with angular styling. The trailer partially conceals the rear in these new spy photos, but the pictures are good enough to provide a glimpse at the new rear diffuser. The small diameter exhaust outlets don't fill the cutouts for them, so expect larger tips on the final car. 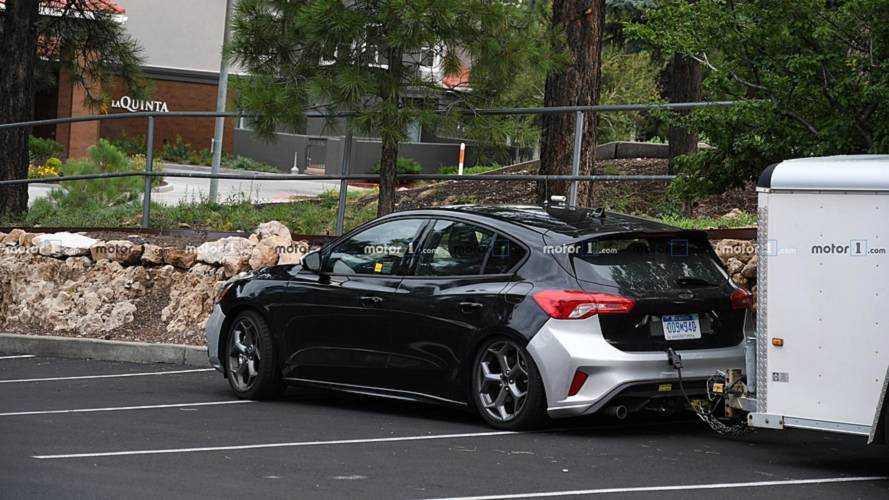 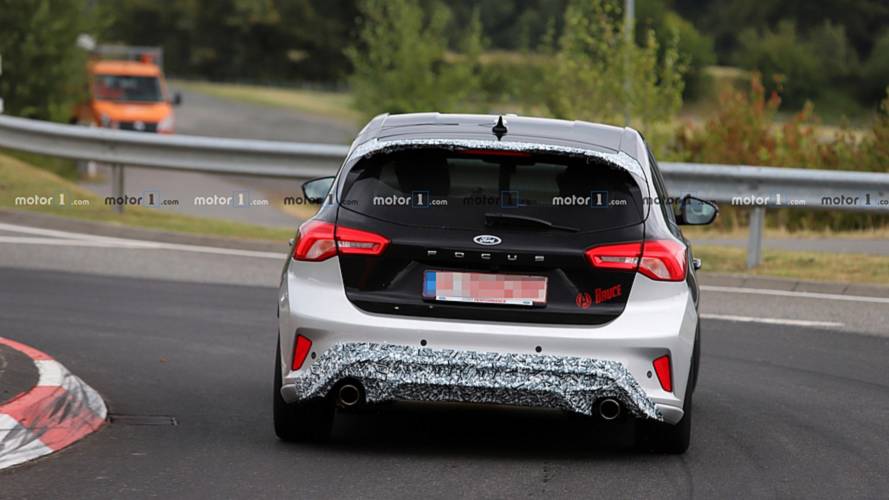 The only visible mechanical upgrade to this test mule is the larger brake, but Ford has a bevy of other improvements for this hot hatch. Motivation reportedly comes from an upgraded version of the existing 2.0-liter turbocharged four-cylinder with an output above the current 252 horsepower (188 kilowatts). Europeans would eventually get a diesel engine, too. While you should still be able to get a six-speed manual, there's also speculation that a dual-clutch transmission might also be an option. Suspension upgrades would lower the ride height.