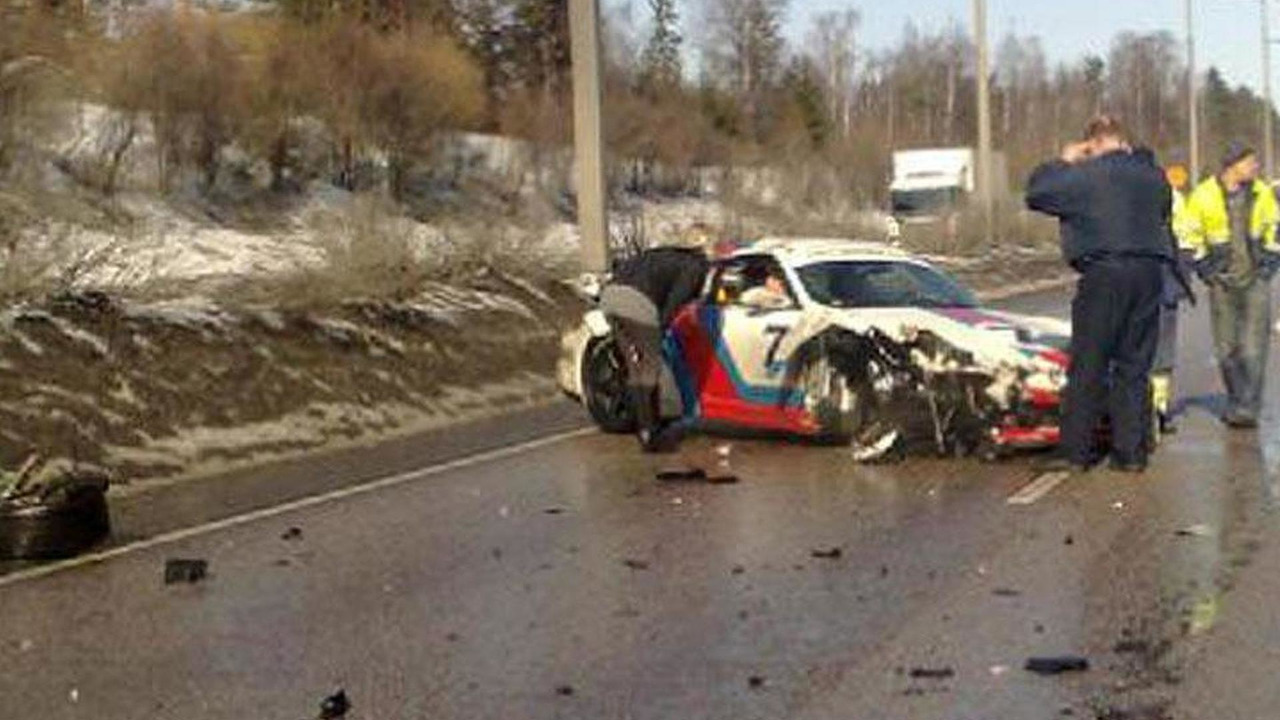 997 GT2 in Martini livery crashed north of Helsinki city center recently and was severely damaged but no one was hurt.

Here's a Porsche 997 GT2 in Martini livery which unfortunately crashed recently in Finland.

Luckily, no one was hurt in the crash and the two occupants walked away unscathed.

According to Finnish paper Italehti, the Martini GT2 flipped over while traveling on a dual carriageway about 6 km north of Helsinki's city center.

Police officials say they are investigating the cause of the crash, which ripped off the right-front wheel, but say that alcohol was not involved.

Our thanks go out to Vanqquish from Finland who sent us this story with photos and video. Vanqquish tells us the Martini GT2 is a frequent sight in the Helsinki metro area and is used as a daily driver regardless of weather conditions.  Vanqquish also provided this 13 second video footage of the GT2 cruising through the center of downtown Helsinki (Esplanadi). Hey, is that the Swedish theater in the background?