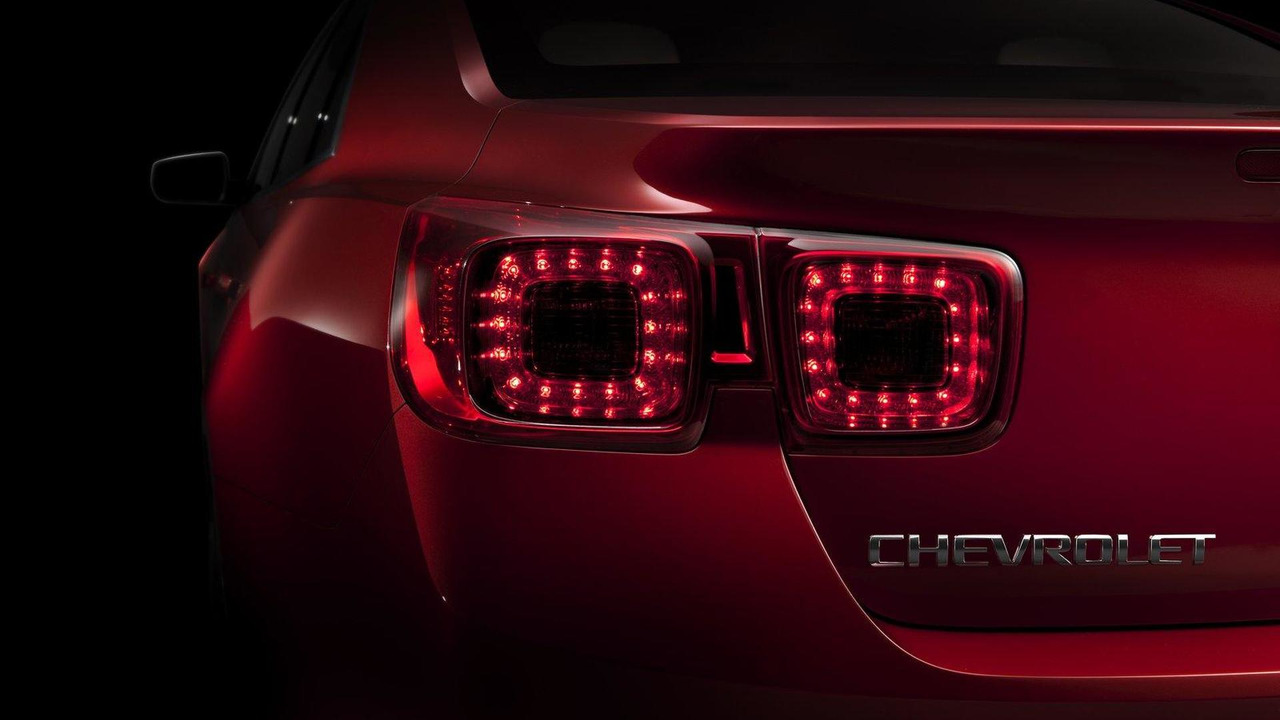 2012 Chevrolet Malibu will join the ranks of the brand's global lineup which includes models such as the Cruze and Volt.

Chevrolet has released a teaser photo (and accompanying video) for the upcoming 2012 Malibu ahead of the car's global unveiling on April 19 at the Shanghai auto show.

The new Malibu will also be simultaneous revealed on Chevrolet's Facebook page and live-streamed for iPad and iPhone users.

The big splash is meant to show the arrival of the Malibu as a truly global car, bringing Chevrolet's first world-wide mid-sized offering to nearly 100 markets/countries around the world. The car's addition to the global lineup has it joining the ranks of the Cruze, Volt, Sonic/Aveo and Spark models.

Chevrolet hasn't provided many details on the new Malibu except to say that it will be powered by up-to-date four-cylinder units and feature six-speed transmissions.

The Chevrolet Malibu is the brand's best-selling passengers car in the United States market with over 200,000 unit sales there last year (2010).

The Malibu will premiere in the United States at the New York auto show on April 21.

The car will be built in China for the ever-important Chinese market and at two facilities in the United States.