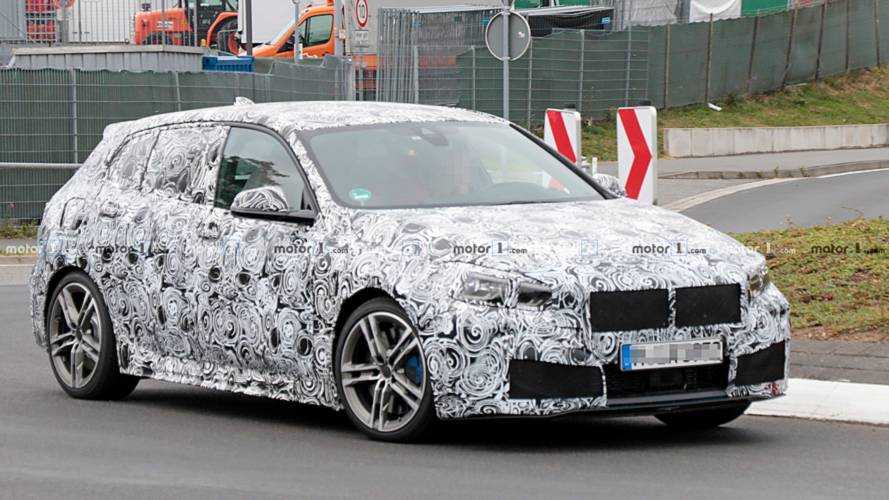 The latest spy photos show the car is still in development and not much else.

Anticipation for the 2019 BMW 1 Series has to be at an all-time low. Photos and video of the model popped up back in March. Ever since there’s been a slow trickle of news and developments that haven’t shaken the foundation of the automotive industry. Not even the spy photos of the car show anything new as each prototype is covered in nearly identical camouflage. These latest photos show an M140i in camouflage testing at the Nürburgring – again. It’s the same song and dance.

We already know a lot about the next-generation 1 Series, like its switch from rear-wheel drive to front-wheel drive. That’s due to its new UKL underpinnings that will also see the 1 Series slightly grow in size, providing more room for rear-seat passengers and luggage. We also know the M140i will likely lose two cylinders over the outgoing model. A turbocharged 2.0-liter engine should power the M140i, delivering 320-340 horsepower, which is about as much as the current-gen’s six-cylinder – 335 hp.

What is new, however, is the latest rumors suggesting the three-door hatchback version of the 1 Series is canceled. Instead, the five-door hatch in these most recent photos will be the only hatch offering for the model. The lack of consumers likely led to the three-door hatch’s demise, sadly.

The wait to see the 2019 BMW 1 Series shouldn’t last too much longer. Rumors suggest it will debut at the Paris Motor Show later this year in October and we may even get to see the M140i performance model, too. Fingers crossed. Sadly, there won’t be a full-fledged M1 with the new generation car. The automaker has made that fact quite clear.

That doesn’t mean all hope is lost for a sporty 1 Series. BMW could produce an M Performance 1 Series – the M Performance brand being a lesser M subsidiary designed to serve as the entry-level offerings to the hardcore M brand.

BMW 1 Series Facelift By The Sketch Monkey
Photo by: CarPix
++