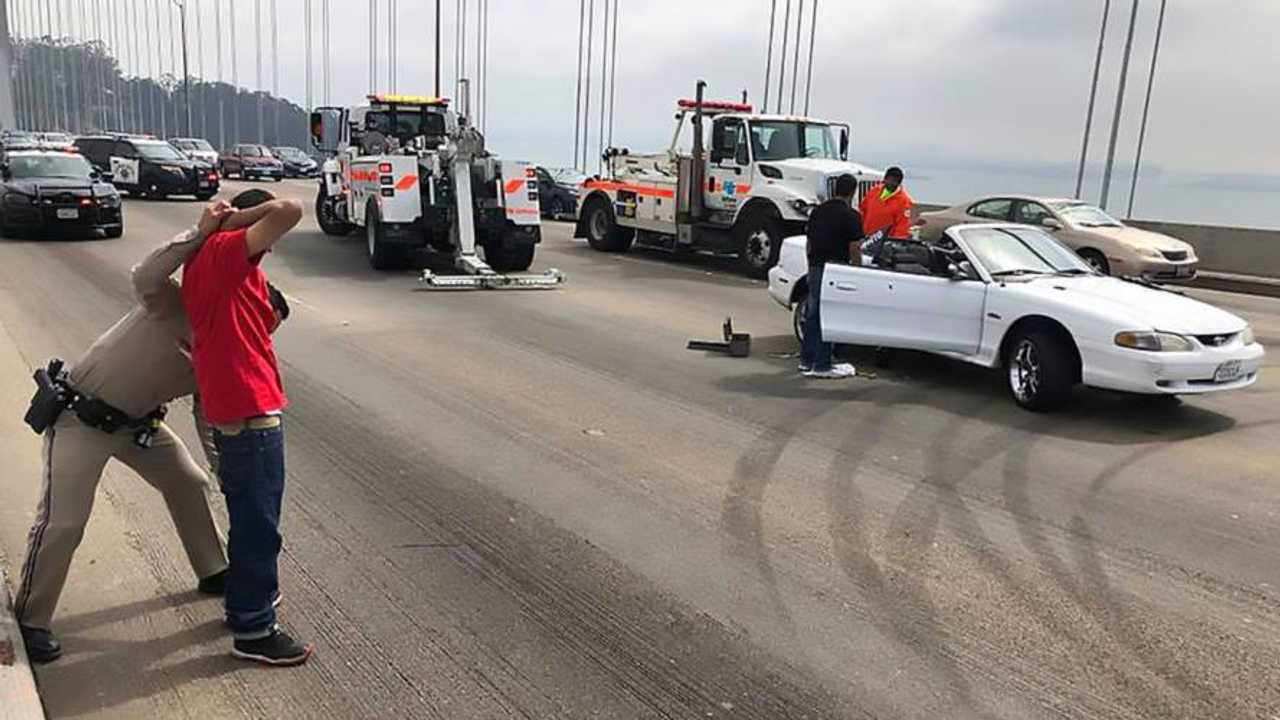 Here’s your daily dose of dumb.

In the grand scheme of doing dumb things in cars, this has to be top of the list – or near it. Videos show three cars – two Ford Mustangs and Toyota Supra– stopping traffic on the San Francisco Bay Bridge so they could perform donuts. Why would they do this? Ego. Stupidity. Carelessness. Take your pick. A mix of all three? Who knows. What the drivers did was dumb and dangerous. It’s made even more treacherous with the Mustang – an SN95 convertible – having its passenger door open during the incident.

Caught in the act:

Thankfully, no one was injured in the stunt; however, the older white Mustang didn’t make it out unscathed. It appears it either blew a tire or damaged its axle. The Mustang doesn’t move again once the tire pops. Police arrested the driver, charging him with reckless driving and exhibition of speed. Police also impounded his car for 30 days.

While the other conspirators were able to get away from the initial arrest, California Highway Patrol noted drivers in the other vehicles – those who watched their friends’ stupidity – were stopped and cited for various mechanical violations. Police impounded one vehicle once they learned a driver was unlicensed. The other drivers performing donuts remain at large.

The stunt these drivers pulled was both rude and dangerous. The incident happened around 10:45 a.m. and several irate drivers – likely stuck in traffic on the bridge – called police, who quickly responded to catch the drivers in the act.

It seems like smartphones and dash cams are capturing more and more people doing dumb and dangerous things on the road. Or maybe people have always been this careless, and the proliferation of technology is only allowing the scale of that tomfoolery to be studied. Either way, there’s still no substitute for the race track, and even if there were, it wouldn’t be the San Francisco Bay Bridge.