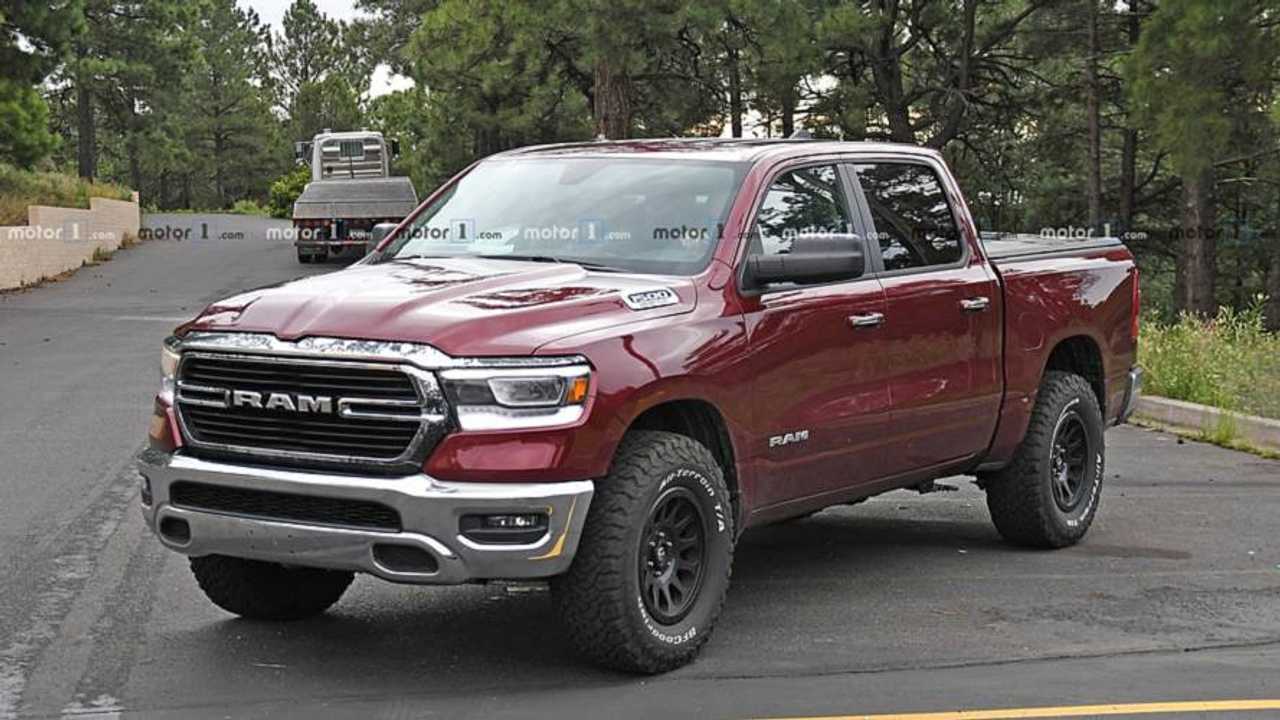 If the driver hadn't tried to escape the camera, we may have never noticed.

Here’s a very interesting catch from our spy photographers out in the field. At a normal glance, this new Ram pickup looks like any Big Horn edition, right down to the badge on the tailgate. Sure, the wheels and tires are different, but swapping out factory rubber for something aftermarket is one of the first things most new pickup owners do. There’s just one problem – this truck wears a manufacturer’s license plate on the back so its owner is still Fiat Chrysler Automobiles. And that rear suspension looks a bit beefy too.

Here's some background on the Rebel's future:

That alone isn't neck snapping, but this truck was initially caught under a tarp, parked next to a Dodge Challenger Hellcat Widebody. Furthermore, when someone came out to try and lose the photographer, there was a very distinctive whine emanating from the truck’s hood as it zipped away. That, of course, would be the whine from a whopping big supercharger sitting atop a Hellcat V8 engine. What we’re likely seeing then – at least in mechanical form – is the Ram Rebel TRX wrapped in Big Horn sheet metal.

FCA confirmed back in June the Ford Raptor-fighter from Ram would be forthcoming, but details on its power and underpinnings still aren’t known. The Rebel TRX concept we saw a couple years ago had only 575 horsepower (429 kilowatts) from its engine, so it’s possible the production truck may not get the Hellcat’s full fury. Considering we already have a freaking Hellcat-powered Jeep Grand Cherokee Trackhawk, not giving the Ram its own 707 hp monster mill makes about as much sense as wearing a life vest in a hot tub. Also, we’ve heard rumors from some inside sources that say yes, the Rebel will get all its demonic ponies.

Ram Body-On-Frame Pickup To Be Built Alongside Jeep Scrambler

With this truck billed as a Raptor fighter, it will be interesting to see how Ram develops the suspension to handle the power in both on- and off-road situations. Now that we know test mules are out and about, we expect to see a production version unveiled possibly late next year, or more likely, in 2020. It should be worth the wait.