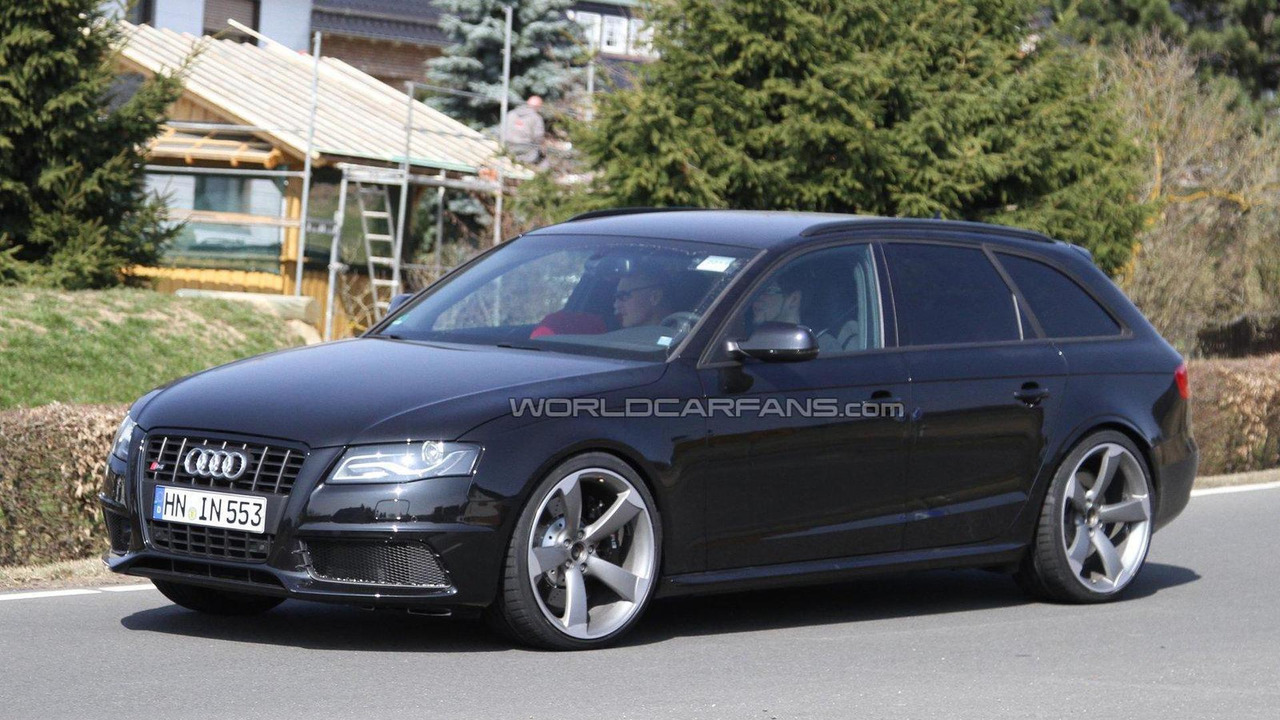 Here are the first spy shot available of an Audi RS4 Avant mule spotted during a test run.

The car shown here is based on an Audi S4 Avant but is sporting some RS4-like modifications.

This mule looks to be riding higher than a standard S4 due to the larger RS wheels from the RS5, with RS logos on the front brakes (bigger than on the S4). The front bumper has also been changed to accommodate larger air intakes. At the back is still the S4 exhaust but under the hood the car is packing something challenging, we just are not sure what that is.

As for when this RS4 is due, it is hard to say. But given that Audi has put the RS6 on an expedited development track for a 2012 debut, we can hope that they're doing the same for the RS4.