Plus, a bonus quick review of both cars after the tests.

The RS4 Avant is one of the many sleepers out there. It doesn’t look fast; it actually looks like something that would fetch kids after a soccer practice. However, it packs a punch under its hood that could rival the M3 CS on the drag strip.

In light of that, CarWow put the two up against each other on a standing drag race, a rolling start, and the usual brake test. If you haven't watched the video by now, don’t do it just yet. Let’s crunch the numbers first.

Hop Inside The Audi RS4 Avant While It Laps The Nürburgring
⠀

As we mentioned, the two cars are essentially on the same ground when it comes to their engines. The BMW is powered by a twin-turbo 3.0L six-pot that produces 460 horsepower. It’s then mated to a seven-speed dual clutch transmission that sends the power to the rear wheels.

On the other hand, the Audi almost has the same figures – 450 hp and eight-speed conventional torque converter automatic gearbox. However, this car is equipped with the Quattro all-wheel-drive system, which might or might not be an advantage when it comes to the standing quarter mile.

In case you’ve seen the video, you know that the RS4 Avant won over the M3 CS. Yes, that’s not a typo. The sports wagon won by 0.1 seconds in a standing quarter mile race. Interestingly, the M3 CS had a bit of a delay when launching, and even with Mat Watson’s effort to jump the start to offset the delay, a quarter of a mile wasn’t enough for the M3 CS to overtake the RS4 Avant.

Audi and BMW in a war of words

On a rolling start, though, the M3 CS won by a lot, thanks to the snappy seven-speed DCT. The brake test was also won by the BMW, but it was a close contest.

Watch the video above until the end, as Mat Watson did a quick review of the two cars on the track. Here’s his verdict if you’re lazy to finish the 10-minute video: the M3 CS is a perfect track car, but if you want something that you could drive daily and almost as fast as the BMW, the RS4 Avant is a great alternative. 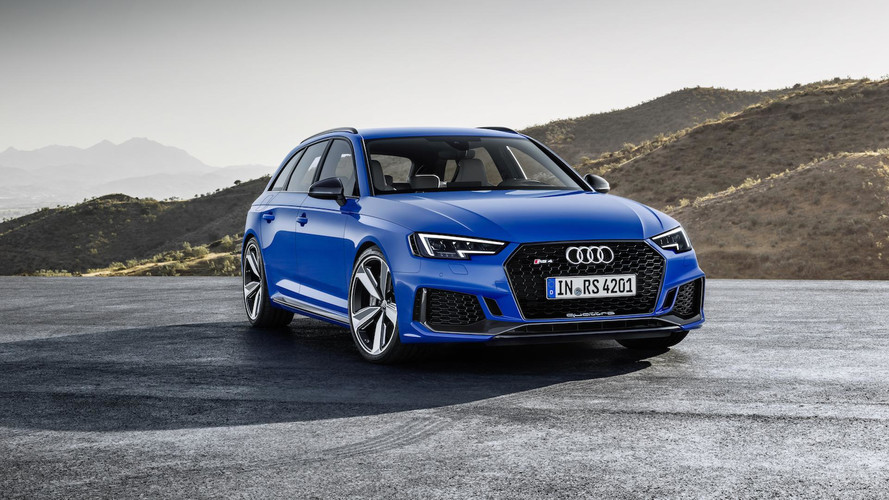 Audi RS4 Avant by ABT for Tune It! Safe! campaign