We know, we know. Launching a powerful rallycross car on a surface filled with half-inch soap isn’t a professional thing to do. It’s not something that manufacturers check before launching a production vehicle, nor something that you would see on a spec sheet. Actually, if you think about it, this question must have been born out of a Saturday night drinking session.

But really, can it? We bet you’re just as curious as we are.

Thankfully, these guys from The Hoonigans had the means (and an awful lot of time) to put a Focus RS RX on a soapy launch test. They also tested if the wheels would still spin if the gears were run up to the sixth. Thank heavens for these guys.

The Focus RS RX is a force to be reckoned with: 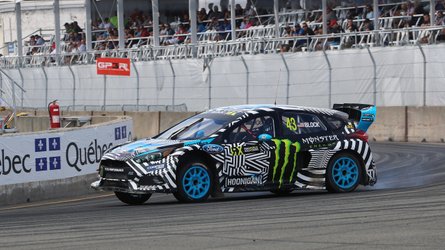 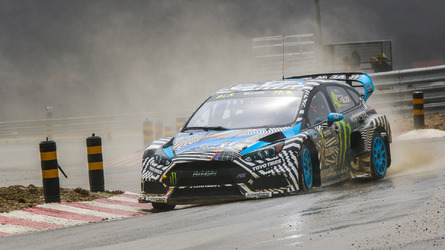 Behind the scenes with the Ford Focus RS RX rallycross car

To put things in perspective, the hatchback in the video Eneos Oil Focus RS RX with pro rallycross driver Steve Arpin behind the wheel. Now, if you think this car is just a dressed-up version of the normal hot hatch, well, you’re just as right as matching a denim jacket with khaki slacks.

For the uninitiated, Ford Performance dialed up the numbers of Focus RS, enabling it to produce 650 horsepower from a 2.0-liter power plant. These amount of power is then sent to all four wheels using a straight-up mechanical all-wheel-drive system. Ford made this car from the ground up and with one purpose – to compete in the FIA World Rallycross series, thus, the RX moniker. It isn’t just any decal-filled rally car; it’s a force to be reckoned with.

Considering that humungous output, you could now gauge the importance of this test. It’s 650 horses versus buckets of household dish soap. Of course, it’s obvious that it would slow down the launch, but can it really complete it? If you’ve watched the video by now, you know the answer.