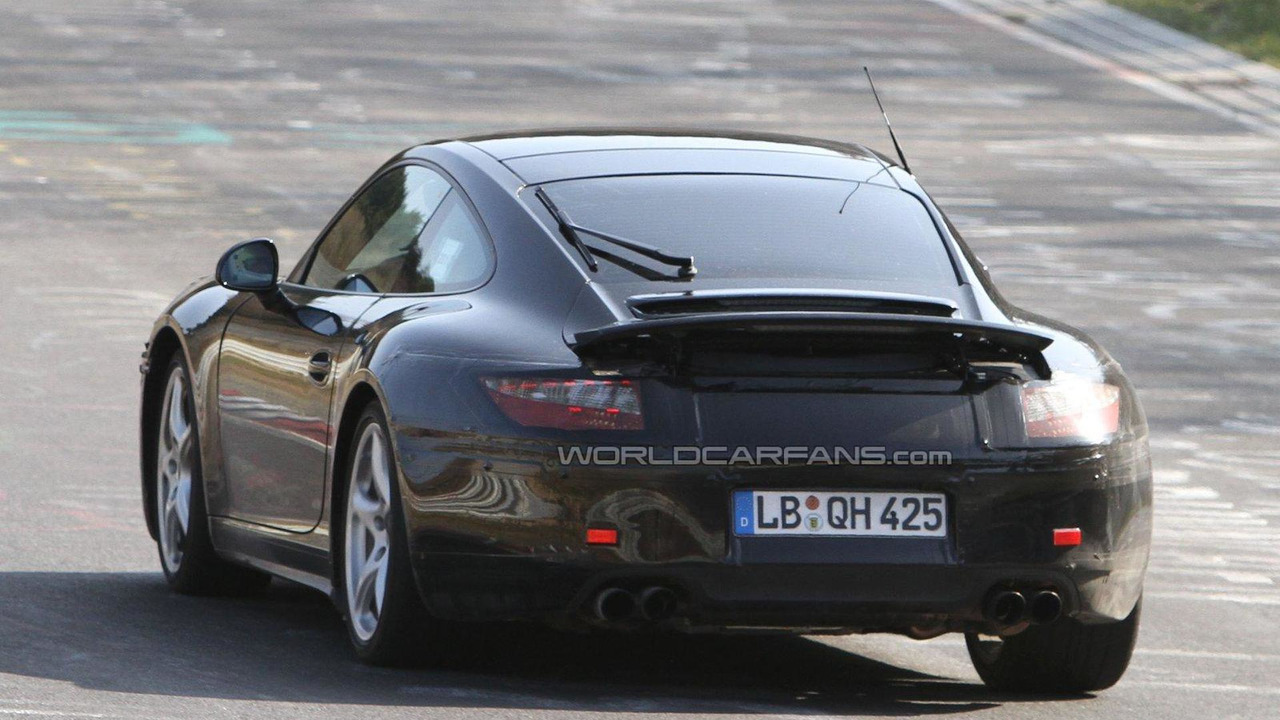 Spy shots show next-generation 911 doing some testing on the Nürburgring ahead of its Frankfurt debut later this year.

Here's a great set of spy shots of the upcoming 2012 Porsche 911 conducting what is likely one of its final rounds of testing on the Nürburgring.

The shots here show the next-generation 911 (998) with that adjustable rear spoiler both in action and at rest. This prototype is also sporting very little camouflage, with just a little masking around the eyes.

Relatively speaking, the next 911 gets a substantially redesigned body than the current 997 model. It's bulkier and rounder rear-end and stretched wheelbase give it a definitive new look. The car will be 56 mm longer than the current 911, with a wheelbase also stretched by 10 mm, and will be 11 mm shorter in height too.

The 2012 Porsche 911 will be making its debut at the Frankfurt motor show in September.