The Bugatti Divo will make its debut on August 24th.

Mark your calendars; in less than a week Bugatti will show off a stunning new supercar. The Chiron-based Divo will make its debut at The Quail gathering in Monterey – and if early teasers are any indication, it should be one of the most hardcore, most extreme Bugattis ever. Building even more hype, Bugatti released its most-revealing image to date. 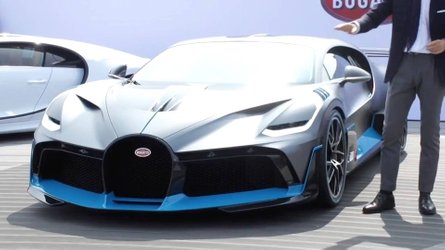 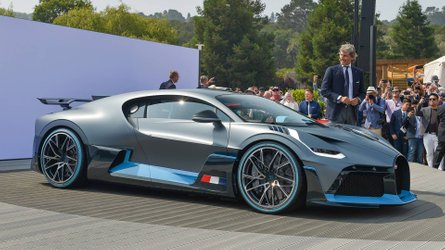 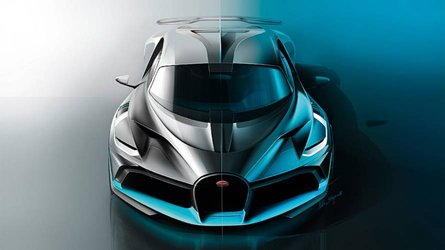 The photo above shows the Bugatti Divo – under cover, of course – revealing its sultry silhouette. It's our best look at the super coupe yet, but it still doesn't give us a lot of detail to work with. Thus far we've seen the Divo logo stitched into Alcantara, the supercar's OLED taillights, and a dramatic aerodynamic upgrade with the French flag affixed.

The Divo will have a "lot of downforce to be agile and nimble," said CEO Stephen Winkelmann. But horsepower remains a mystery. It should have the same quad-turbocharged W16 as the Chiron, but there's no telling if it will be any quicker. In case you forgot, the Chiron has 1,479 horsepower (1,116 kilowatts) on tap and can sprint to 60 miles per hour (96 kilometers per hour) in 2.5 seconds.

Details on the supercar are still slim. We do know that the Divo will have a price tag €5 million ($5.8M at current exchange rates) and production will be limited to just 40 examples. It's unclear if those figures will eat into the Chiron's 500-unit run, or if the Divo will be counted a separate vehicle entirely.

The new Bugatti Divo will make its debut at The Qual on August 24th. We'll know all the juicy details then.