Take A Good Look At The SSC Tuatara’s Beefy Engine 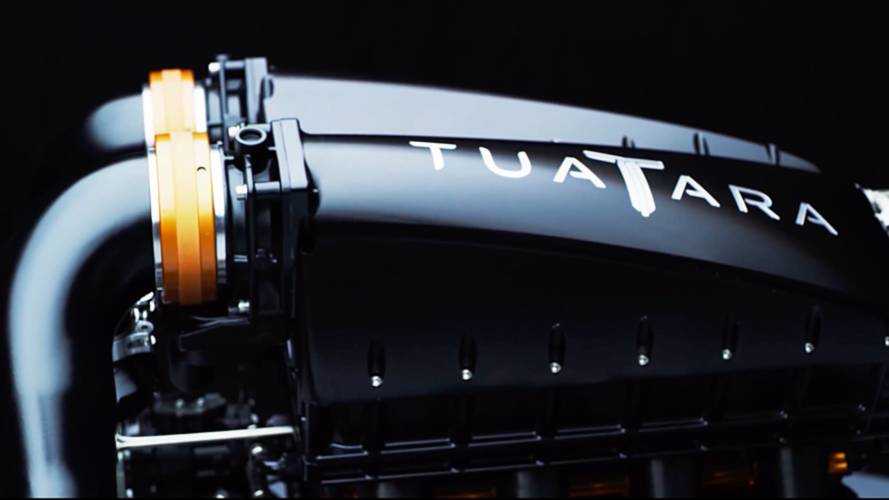 Seven years in the making – let’s all hold our breath until August 26.

Long overdue – those are the two words that best describe the upcoming Tuatara. It was in 2011 when SSC, formerly known as Shelby SuperCars, introduced its first concept. It was a work-of-art, with a huge ambition to be the fastest car on the planet, right next to the SSC Ultimate Aero.

But seven years down the line, the Tuatara remains as a concept and a prototype, but not until August 26, 2018. SSC confirmed that it will reveal its final production form at Pebble Beach 2018 during the Monterey Car Week. SSC even dropped teasers of the Tuatara, hinting that it won’t be too far from the prototypes that came out in the past years.

New videos are out!

SSC Tuatara Looks Like A Spaceship In Walkaround Video

This time, however, SSC is generous enough to share more details about the Tuatara. Three photos of its beefy power plant, the very heart of the hypercar, has been shared to us, and it’s an absolute work of art. Take a look at the image below:

It seems like SSC retained the engine of the previous prototypes – a V8 with two turbochargers. There were no specific figures included in the press release, though, but the company said that “the Tuatara will not only surpass the expectations set by earlier announcements but also outperform other hypercars competing for top speed and all-around performance.”

Whatever that means, it sure is a bold statement to live up with. Besides, aesthetically, this power plant is as muscular as it is fine-looking. We’re loving those massive headers, and the color’s quite fitting, too.

SSC will indulge us with this massive engine’s specs at the official reveal of the Tuatara at Pebble Beach. Take note, however, that the original output figures of the SSC Tuatara prototypes were supposedly 1,350 horsepower and 1,280 pound-feet of torque. Let’s all hold our breaths and hope it would be more.

In the meantime, feel free to press the play button of this video:

Three days after the reveal of the Tuatara engine, SSC is ready to announce that the production-ready power plant will provide the hypercar with performance specifications that far exceed what the engineering team originally set out to achieve. With specific details to be revealed at Pebble Beach 2018, the Tuatara will not only surpass the expectations set by earlier announcements, but also outperform other hypercars competing for top speed and all-around performance.

For updated content on the Tuatara or to learn more about SSC North America, visit www.sscnorthamerica.com.