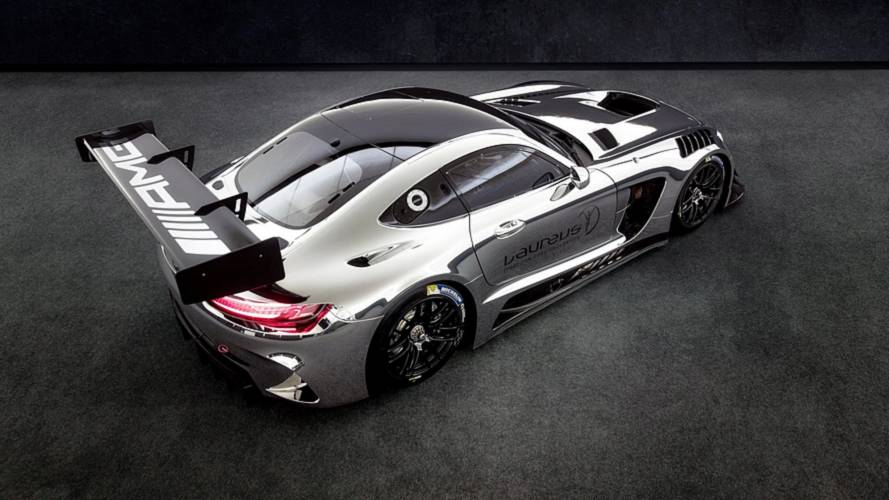 It's heading to auction where the race car is estimated to fetch as much as $600,000.

Back in April 2015, Mercedes built a one-of-a-kind SLS AMG GT3 to benefit the Laureus Sport for Good Foundation. The car in question happened to be the 100th example of the race car and went on to raise €250,000 for the foundation. Fast forward to August 2018, Mercedes is doing it again by auctioning off a unique AMG GT3 to benefit the same foundation, of which the German automaker is actually one of the founding members.

RM Sotheby’s will have the never-raced track-only machine up for grabs in a week from tomorrow at the Monterey sale where the GT3 Laureus is expected to fetch anywhere between $400,000 to $600,000. Built to celebrate AMG’s 50th anniversary, the special race car is going to be offered without reserve and will attempt to lure in buyers with its naturally aspirated 6.3-liter V8 engine developing 641 horsepower (478 kilowatts) devoid of any FIA restrictions. The immense power is channeled to 18-inch AMG forged wheels through a competition-spec six-speed gearbox guaranteeing epic performance on a track.

The one-off is inspired by this special edition:

Another reason why this particular Mercedes-AMG GT3 is a bit more special than the other race cars has to do with the chrome paint job with a shiny mirror-like reflection combined with a plethora of exposed carbon fiber body parts. Not only that, but it has received a performance exhaust system lacking mufflers, so the old-school V8 should sound positively glorious once you rev it.

Even the interior of this AMG GT3 chassis number 50 has gone through quite a few changes as aside from the naked carbon fiber accents, the race car boasts a matte black finish for the exposed chassis and passenger seat (yes, you can ride shotgun in this) for a greater visual impact.

We’re hoping the one-off machine will go for well above the auction house’s estimated price since it’s all for a good cause. Founded in 2000, the Laureus Sport for Good Foundation is active in more than 40 countries from all over the world and is currently involved in over 100 projects to support disadvantaged children. Mercedes is doing its part by donating €1 for every kilometer covered by the Mercedes-AMG Motorsport race cars in the GT3 series.