Yes, there will be another CLA despite the fact Mercedes just launched an A-Class Sedan.

Even though crossovers and SUVs are all the rage these days, Mercedes is determined to keep the sedans alive. As a matter of fact, it just launched a new addition to the range, the first-ever A-Class Sedan available all over the world including in China where it comes with a longer wheelbase. Key word here is “addition” since it’s a new member of the range rather than a replacement for an existing model. In other words, the CLA is still alive and kicking and is about to be renewed for a second generation. We can’t say the same thing for the more practical CLA Shooting Brake as word has it a new one is not being considered.

Several prototypes of the next-gen CLA were seen by our spies recently at the Nurburgring and as you can tell by looking at the adjacent video, the test drivers were really abusing the camouflaged cars. We shouldn’t be feeling sorry for these CLAs since these were built with the sole purpose of getting trashed to allow Mercedes work out the kinks before the production model’s debut. 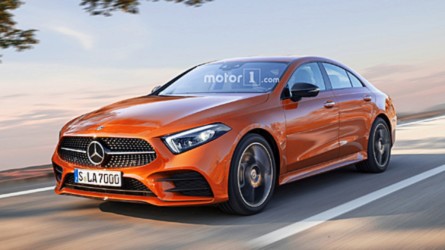 Despite the generous use of disguise, it’s fairly easy to notice the CLA will keep its shape and will distance itself from the A-Class Sedan by adopting a more sloped roofline. That will likely eat into the rear headroom and quite possibly have a negative impact on the trunk’s capacity, but that’s a sacrifice people shopping in this segment are willing to make - that and paying the premium over the conventional sedan, of course.

One of the prototypes had old-school halogen headlights whereas another one came fitted with LED as one would expect to find on a car carrying the three-pointed star badge. Since the norm is to make cars bigger and bigger with each new generation, we’re expecting the new CLA to grow a bit. Engines, technology, and just about everything will be borrowed from the A-Class Sedan. 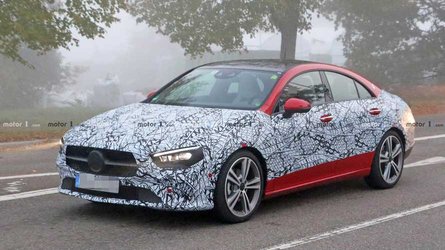 2020 Mercedes CLA Spotted Inside And Out With Less Camo
⠀ 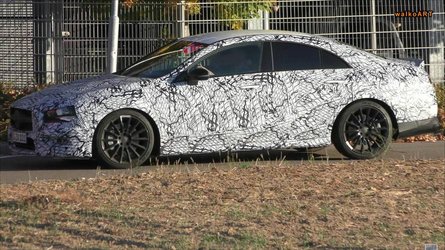 Recent spy shots have shown Mercedes is already testing the cream of the crop, the CLA 45. It will use a newly developed turbocharged 2.0-liter engine linked to a new 4Matic setup. Power will hit the 400-hp sweet spot or roughly 100 hp more than the Audi S3 Sedan-rivaling CLA 35.

Mercedes just introduced the A-Class Sedan, so we’re not expecting the CLA to debut until 2019, quite possibly as a 2020MY. The Mercedes-AMG CLA35 will likely follow within a year, with the CLA45 to arrive at a later date.