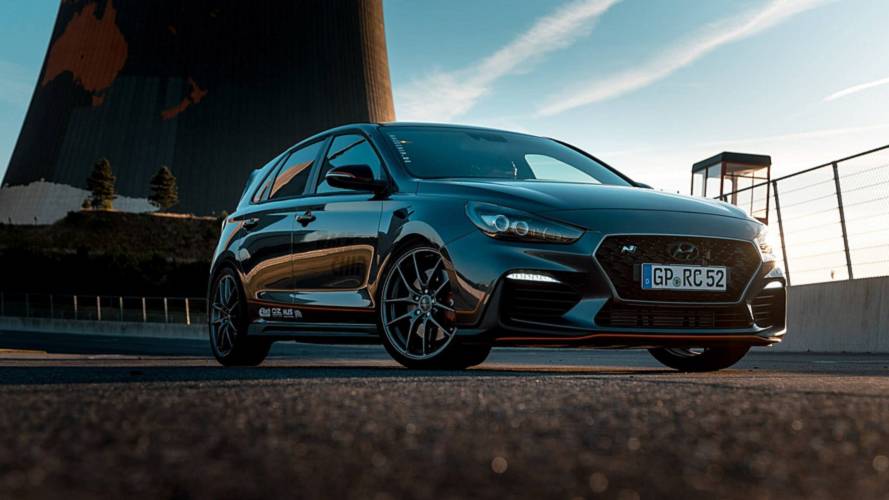 The horsepower increase might not be all that impressive, but the torque boost is downright amazing.

Comparison tests have shown the Hyundai i30 N has all the right stuff to go up against the very best in the hot hatch segment, namely the VW Golf GTI, Ford Focus ST, and the Honda Civic Type R. While the tuning scene for those cars is intense, aftermarket specialists are just getting started on South Korea’s feisty hatchback.

Göppingen-based RaceChip has turned its attention towards the i30 N to squeeze more power from its turbocharged 2.0-liter engine. In its highest state of tune, the four-cylinder pushes out 271 hp in the i30 N Performance model, but give your car to these skilled tuners and they’ll end up with a meaty 309 hp. The horsepower bump over the stock model might not be all that impressive, which is why we believe the torque hike is more impressive. Indeed, it has increased from the series 353 Newton-meters (260 pound-feet) to a whopping 498 Nm (367 lb-ft).

The hot hatch is getting a more practical counterpart:

Hyundai i30 N Fastback Looks Stylish And Sporty At The Ring

But wait, there’s more. The aforementioned output boost is achieved only from chip tuning, but a HJS downpipe extracts more power from the engine for a grand total of 316 hp and 524 Nm (386 lb-ft).

Beyond the impressive power jump, this speedy Hyundai has gone through several other changes. For starters, gone are the stock wheels as RaceChip has installed OZ Racing Leggera HLT alloys wrapped in Michelin Pilot Sport 4S tires. The new shoes are complemented by performance springs lowering the ride height by 15 millimeters (0.6 inches). Rounding off the changes is an anti-roll kit from Eibach and a discreet body wrap provided by Schwabenfolia. The HJS downpipe mentioned earlier not only unlock more power, but it also enables the engine to provide a more aggressive soundtrack.

As a final note, RaceChip has already announced through a comment on its YouTube account that a similar engine upgrade will be available in the United States for the new Veloster N.

Gallery: Hyundai i30 N by RaceChip