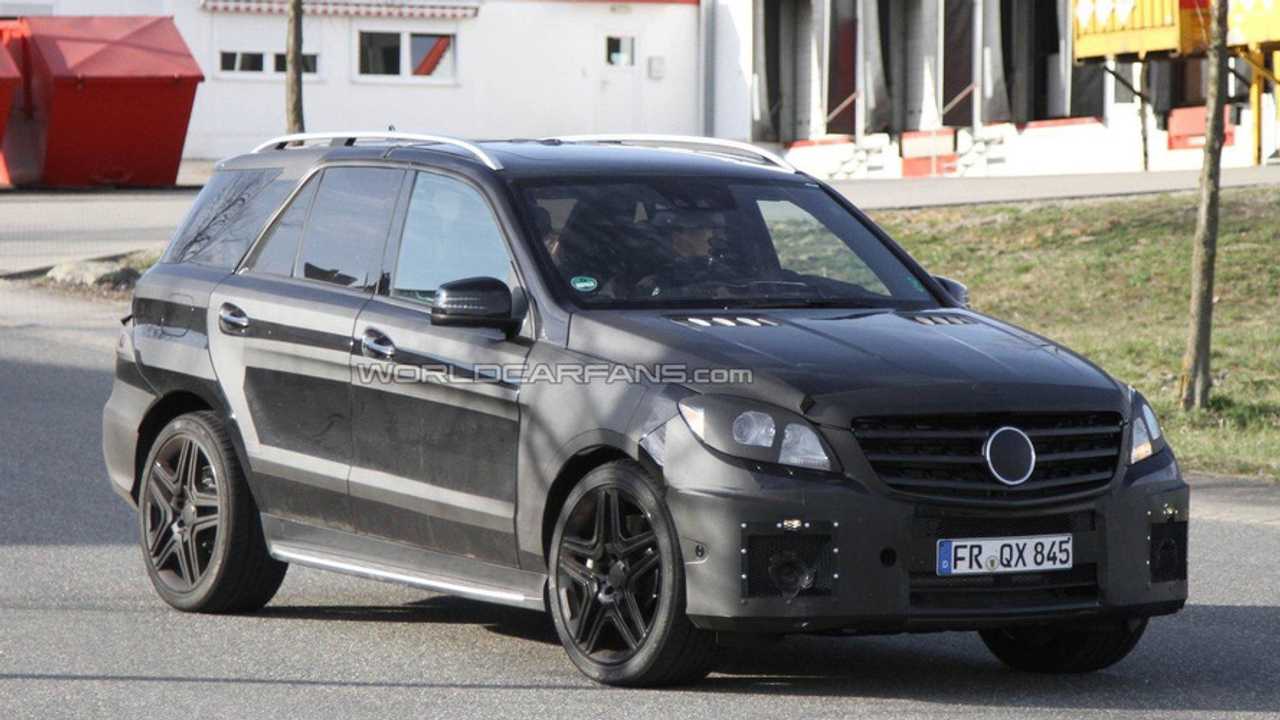 Spy shots of next-generation ML63 AMG reveal more of front and rear fascia. The 2012 ML63 AMG is expected to debut at the Frankfurt motor show in September.

Here is a set of spy shots of the upcoming 2012 Mercedes-Benz ML63 AMG just a couple of days after we spotted the standard 2012 ML-Class also out doing some testing.

New to see here are the fabricated air intake pipes on the front bumper (still heavily covered) and air vents on the hood. We also get a look at the large disc brakes at the front and the new AMG wheels, expected too on the next-generation GL AMG. At the rear there's the new bumper and that quad exhaust.

The 2012 ML-Class will likely debut at the Frankfurt motor show in September. We expect the ML63 AMG to follow sometime afterwards.