Always make sure the road is clear before trying to run behind the safety fence.

Even if you know what you're supposed to do when something goes wrong at the Nürburgring, things can go wrong. After rolling a BMW 328i on the Nordschleife, this driver does the right thing by trying to run behind the safety barrier. However, he runs into a serious problem during the short jaunt when another BMW 3 Series nearly slams into the guy.

Impressive Videos Of Bad Things Happening To Cars And Their Driver 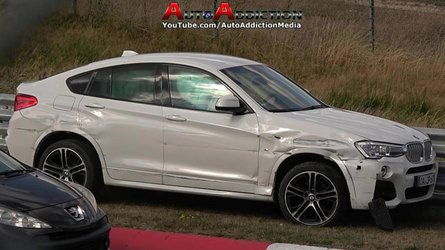 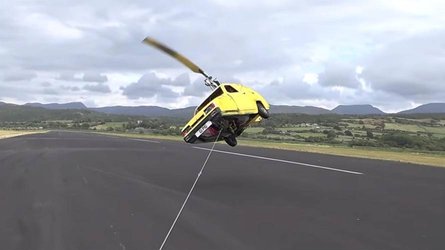 Reliant Robin Named After A Bird, Can't Fly Like One

The driver is at the Kallenhard section of the Nordschleife. When going through a righthand corner, the rear end begins to slide. The driver overcorrects, and the front driver side slams into the barrier. The BMW then does a very slow roll and ends up back on its wheels. After getting his wits together and swearing a little, the guy gets out of the car to get behind the safety fence. Unfortunately, the other BMW is coming down the road. There's practically no run-off room in this area, and the other driver reacts quickly to slam into the vehicle rather than hitting the guy trying to run across the track.

The driver, who goes by Race Monster on YouTube, posted the full clip there (below), and Auto Addiction uploaded a version that edited the video down to just the crash (above). "God bless the BMW e46 driver from Switzerland for saving my life by crashing his car instead of killing me," Race Monster wrote in his YouTube description for the video.

Race Monster said that he had done around 80 laps of the Nordschleife before this crash, and those were in various cars. In an explanation about what happened to a commenter on Youtube, he wrote: "I was in panic to not crash at the right wall. Then I steered to the left expecting to have room to steer back but at this point the car went so heavily to the left I just couldn't do anything anymore."

Crashing on the Nordschleife is an expensive mistake. In another YouTube comment, Race Monster said that he had to pay for the tow truck to haul the car away, in addition to the marshall costs. He hasn't yet received the bill for repairing the track damage. Plus, the police cited him 185 euros ($211) for dangerous driving because German authorities classify the 'Ring as a normal road when the public is driving on it. The BMW Race Monster was driving was a rental.