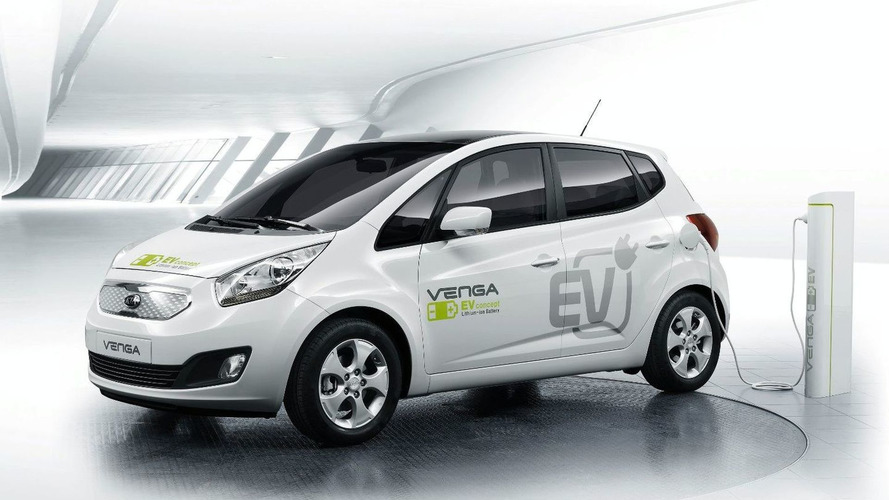 According to a recent report, Kia will launch the Venga EV in 2013. Details inside

With interest in EVs soaring, a new report is indicating Kia will launch their first electric vehicle in 2013.

Details are limited, but Autoblog Spanish is reporting the production model will be based on the Venga EV concept that debuted at the 2010 Geneva Motor Show. While nothing is official, the car is slated to feature a lithium-ion battery which will send power to an electric motor that develops 80 hp (60 kW / 82 PS). This will give the Venga a range of approximately 140 km (87 miles) and a recharging time of six hours with a standard household outlet.

As part of the ramp up for production, Kia will reportedly build two thousands test vehicles before launching the car in earnest in 2013.