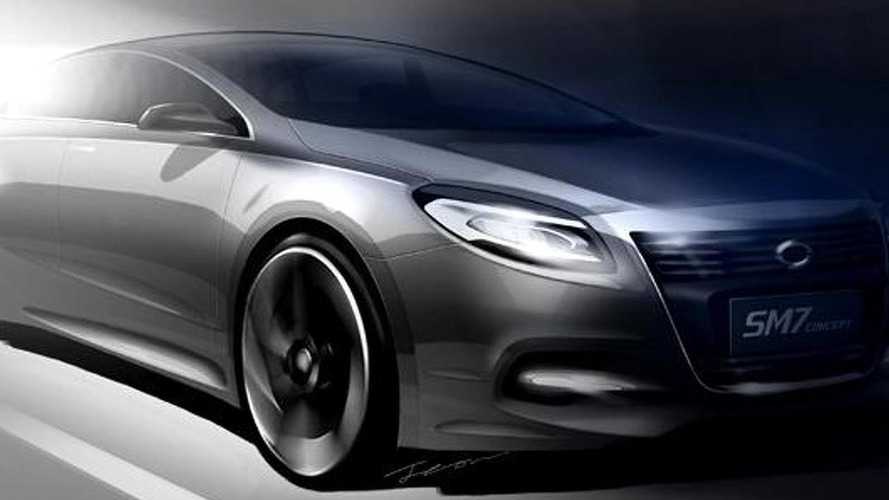 Here's a teaser sketch of the SM7 concept from Renault's Korean brand Samsung which is said to preview the next-generation of the marque's full-sized sedan.

But this teaser sketch is showing a coupe-like design, although we only get this one image with a front view of the car and the rear half obscured. The concept may even have rear doors that are deliberately being hidden in this teaser sketch.

Renault Samsung Motors doesn't say much about this SM7 concept in its Korean-language press release. Not much that an automated translator can gather, that is. But, according to Carscoop, the current SM7 has been around since 2004 and is built on the same Nissan J31 platform as the Asian-market Nissan Teana and the North American Maxima. This next-generation SM7 may come to use, though, an extended version of the SM5 platform that the Renault Latitude is also built on.

The SM7 concept will debut at the Seoul Motor Show on April 1.