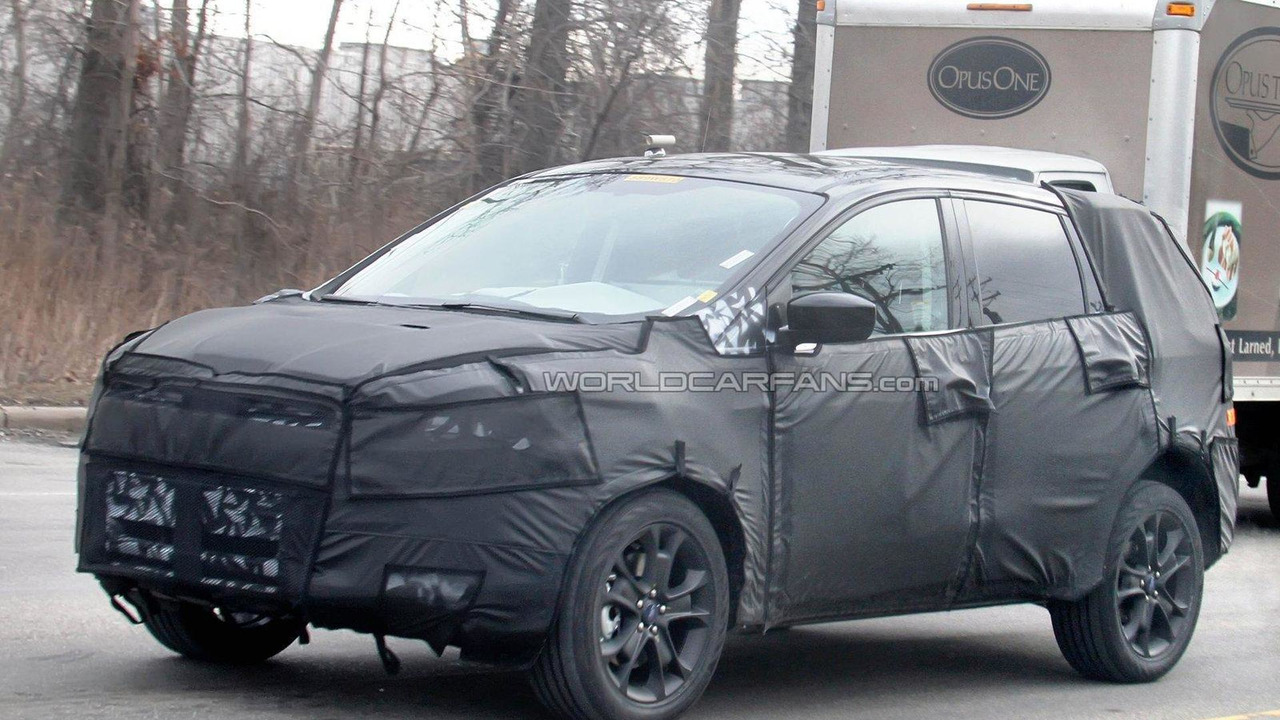 Here is a set of spy shots of a heavily camouflaged 2012 North American Ford Kuga/Escape caught while out for some testing in Michigan.

This prototype being developed here will come to replace the Escape in the North American market but will be based on the European Kuga model.

For clues on this upcoming Kuga/Escape we can look to the Ford Vertrek concept the automaker debuted at the Detroit auto show back in January.

That concept came with a 'Ford kinetic design'-compliant front fascia, similar to that of the new Focus, and with other touches from the current C-Max model.

The 2012 North American Ford Kuga/Escape is expected to debut late this year.