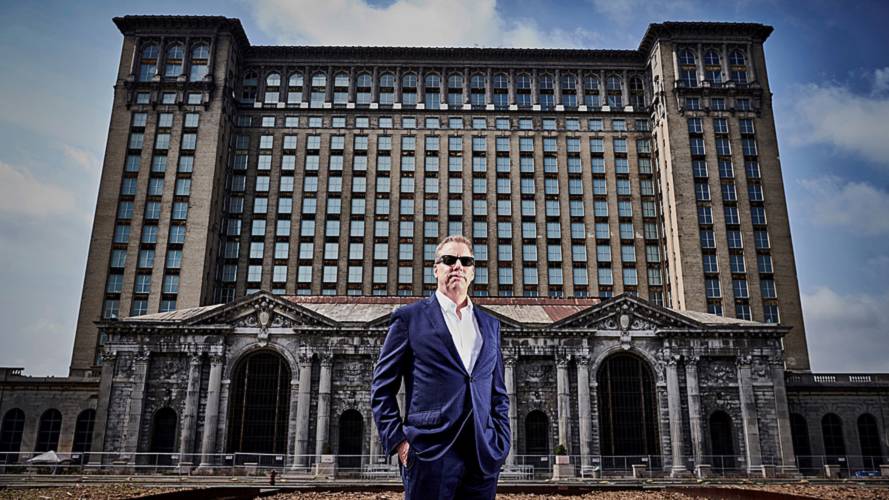 The company will seek at least $250 million in tax or other incentives.

Ford's grand plan to turn Michigan Central Station and surrounding properties into a tech-focused campus for up to 5,000 employees is going to be expensive. Ford pegs development of the train station and other properties at $740 million – at least that's what the company says it will spend – according to a new report from Reuters.

The automaker will develop the train station and 45 acres of vacant land, spending the $740 million over the next four years. The amount includes the cost of acquiring and rehabilitating buildings. According to the publication, Ford says the project does not need additional capital than what the company laid out in its 10-year campus plan in 2016.

The funding “takes into account the requirements of restoring a historic building such as the train station,” the company said.

Check Out Ford's Future Plans For The Train Station:

Ford is looking to abate some of the costs, too. The company said it is “working with federal, state and local economic development groups and officials, seeking at least $250 million in tax or other incentives to support the development of the five Corktown sites Ford has purchased,” according to the publication.

Michigan Central Station, which sits in Detroit's Corktown neighborhood, sat uninhabited for more than 20 years until this past June when Ford bought the property. Since its vacancy, the historic building fell into disrepair with vandals defacing and destroying the property. Trains stopped running at the station in 1988. In 2009, Detroit City Council voted to tear down the station; however, that proposal failed.

Ford plans to turn the station into a hub for its future mobility projects with 2,500 relocated employees working at the facility by 2022. The campus, along with the Detroit Public Schools Book Depository, spans approximately 1.2 million square feet, leaving plenty of space for offices, retail, and some limited amount of residential housing.

Ford's plan is ambitious, and it could help in the area's ongoing revitalization. A employment hub of this size just outside downtown Detroit should bring businesses to the area.