Ford Ranger Raptor Could Come To U.S. If Patent Filings Are Legit 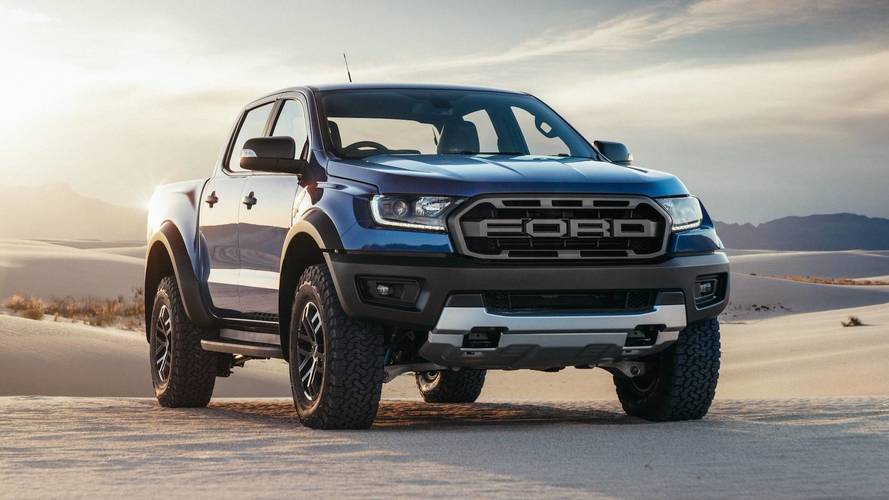 Evidence points to the baby Raptor being alive in America, but nothing is confirmed.

The Ford Ranger Raptor debuted back in February, just not for the U.S. market. Since then we’ve seen a left-hand drive Ranger Raptor with manufacturer license plates rolling on American soil. We’ve seen coy “what if” messages from Ford about the high-performance truck that allude to a North American presence. Now, the folks at Ranger5g.com may have uncovered definitive proof that a U.S. Spec baby Raptor is coming. Patent filings in Australia are said to show a different Raptor design than what the manufacturer’s Australian website shows. That alone isn’t damning evidence, but the filing also lists a U.S. patent application number for the Ranger Raptor. Now that’s interesting.

Read all about the Ranger:

See How The Ford Ranger's Price Stacks Up To Competitors

2019 Ranger Has Best-In-Class Torque, Towing – But There's A Catch

The number is 29/634999 and before you go hammering away on Google, know that we’ve done a hefty search for that number at the US Patent and Trademark Office website and came up empty-handed. So did the guys on the Ranger forum, but that doesn’t mean the information is bad. Companies filing patents do have the option of keeping things private until the application is approved. Furthermore, a new Ranger5g member by the name of JYC claims the number is a legitimate filing, and that the 29 prefix indicates the filing is a design application.

This is all circumstantial, but if the info is accurate it could be a smoking gun for Ranger Raptor's imminent arrival in North America. The mysteries now are when we’ll see it, and what will it offer for power. The answer to the first question could well be either the Los Angeles Auto Show, or the 2019 North American International Auto Show in Detroit. That seems logical considering we only just received pricing info for the standard Ranger.

Update: No Ranger Raptor for America:

As for power, the overseas Raptor gets a 2.0-liter twin-turbo diesel making 210 horsepower (157 kilowatts) and a whopping 359 pound-feet (500 Newton-meters) of torque. In one of those “what if” moments from Ford, it was suggested a U.S.-spec Ranger Raptor would keep its petrol-powered 2.3-liter turbocharged engine. Then again, it was also suggested recently that a Ranger Raptor wouldn’t come to the States at all.

This is a very interesting turn-of-events for a truck that, as far as we can tell, seems to be a no-brainer for Ford to offer in the U.S. market. Time will tell if this latest info is accurate, or if it's just a red herring.