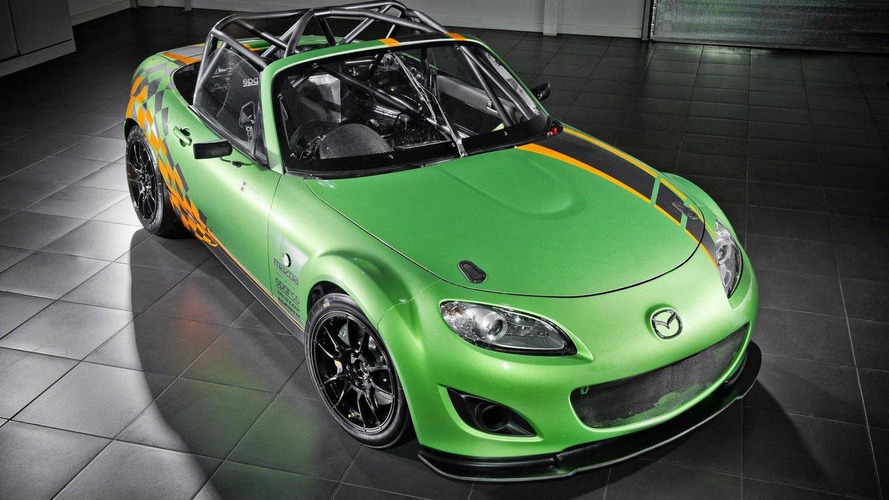 The MX-5 GT will compete this year in the Britcar MSA British Endurance Championship and makes its debut this weekend at Silverstone.

Mazda has unveiled the new MX-5 GT endurance racer which will compete this year in the Britcar MSA British Endurance Championship.

The MX-5 GT was developed in tandem with Jota Sport, which will run the cars in the 2011 series.

The Tunbridge Wells-based Jota Sport team spent 400 hours building the car's shell to be 17 times stronger than as required by FIA specifications.

Various weight-saving measures were also employed, including the carbon doors and polycarbonate windows, as well as dipping the shell in acid to drop an additional 15 kg (33 lbs) off of the curb weight. The MX-5 GT weighs in at just 850 kg (1874 lbs).

The car is also fitted with FIA-spec gear such as roll cage, racing seats with harness, external electric cut-off and fire extinguisher, competition alloy wheels and steering wheel, and safety latches for the bonnet and boot lid.

The MX-5 GT comes finished in the Spirited Green metallic body color along with Jota Sport livery in orange and gray.

The car will make its debut this Saturday March 26 at the 3-hr Britcar MSA British Endurance Championship race at the Silverstone track in the U.K.