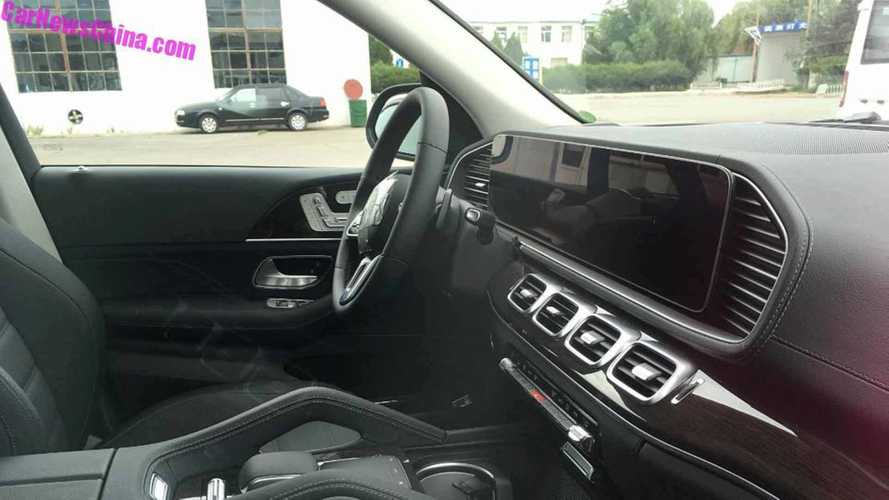 It looks like a big tablet is attached to the dashboard.

New spy photos from Car New China provide another good look inside the next-gen GLE-Class. The test mule is practically uncamouflaged other than some duct tape over the company logo in the center of the steering wheel.

Like the latest and future slate of Mercedes models, the GLE-Class gets an expansive, tablet-like housing that combines the digital instrument cluster and infotainment duties. The touchpad for controlling it is on the center console. Trapezoidal HVAC vents flank the display, and four squarish vents are on the center stack. A multi-function steering wheel features attractive, metallic buttons.

Earlier spy photos (gallery above) showed what the screen looked like when it was activated. Despite the futuristic appearance, the instruments retain a traditional, circular appearance with additional data in the center. After taking the big step into digital displays, it seems like a waste of the technology to display a speedometer and tachometer that look like the old ones.

The next-gen GLE-Class reportedly only shares a couple bolts with the existing model. The new SUV rides on the Mercedes High Architecture and is about three inches (80 millimeters) longer than the current one. Lower level trims use regular steel springs, but there is an available air suspension. Mercedes' engineers put a focus on making the GLE more capable on rough terrain by updating the Active Body Control system. An Off-Road Plus setting lifts the suspension by nearly two inches (50 mm).

The GLE will be available with an expansive engine range. Among the choices, there will be the GLE 450 with Mercedes' new combination of a turbocharged 3.0-liter inline-six and an electric motor. It'll come with a nine-speed automatic with all-wheel drive. An optional two-speed transfer case will be for the folks who'll want to take their Mercedes SUV off-road. Hotter AMG variants will come later.

Mercedes already has a teaser campaign for the GLE, so look for the SUV to arrive later in the year.