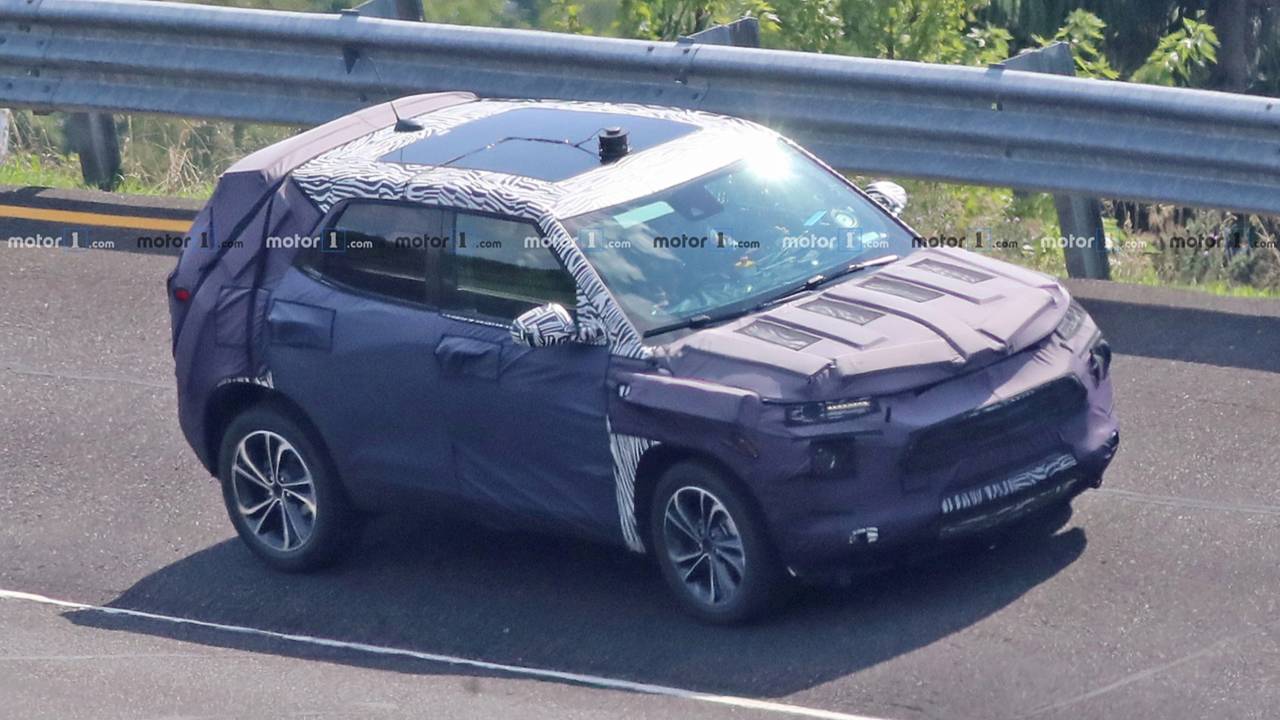 It will likely take the form of a baby Blazer when it's revealed next year.

The small SUV invasion continues, though to be fair the Chevrolet Trax was already a soldier on the front lines. In fact, the Trax received a refresh just last year, but as we’re all keenly aware, things move very fast in the SUV world these days. That’s why Chevrolet has an all-new Trax slated to arrive in 2020, and our spy photographers at GM’s Milford Proving Grounds northwest of Detroit nabbed these photos – our very first look at the new runabout.

Other Chevy SUVs to watch for:

Camouflage on this prototype is still heavy, but the new model appears to be a tad larger than the current offering. That’s supported by our inside sources which say the next Trax will grow inside and out, and it could possibly ride on the VSS-S platform that can support a variety of models. Another possibility is a tweaked version of the Gamma-2 platform used by the current Trax, but whatever exists underneath, the baby crossover should be a bit more passenger friendly.

Despite the attempts to conceal the revamped SUV’s look, we can see the Trax will adopt quite a few styling cues from the new Chevy Blazer. Profile shots reveal a rear window and C-pillar that more resembles the Blazer as opposed to the current Trax, and we suspect a near-identical set of thin headlights are behind the camo coverings up front. Pre-production taillights appear to be in use on the back side, and though it looks rather bulky in the rear, we expect the Trax to retain a minor slope to its roof.

A bigger Tahoe on the way:

Power should continue to come from the current 1.4-liter turbocharged engine, though it will likely gain a few more horses in the transition. It could also gain a nine-speed automatic in addition to the current six-speed offered.

With this being our first sighting – and with the current Trax having been recently facelifted – we don’t expect to see the all-new model fully revealed until later in 2019.