Mercedes GLB-Class Spied Throwing Its Boxy Body Around The 'Ring 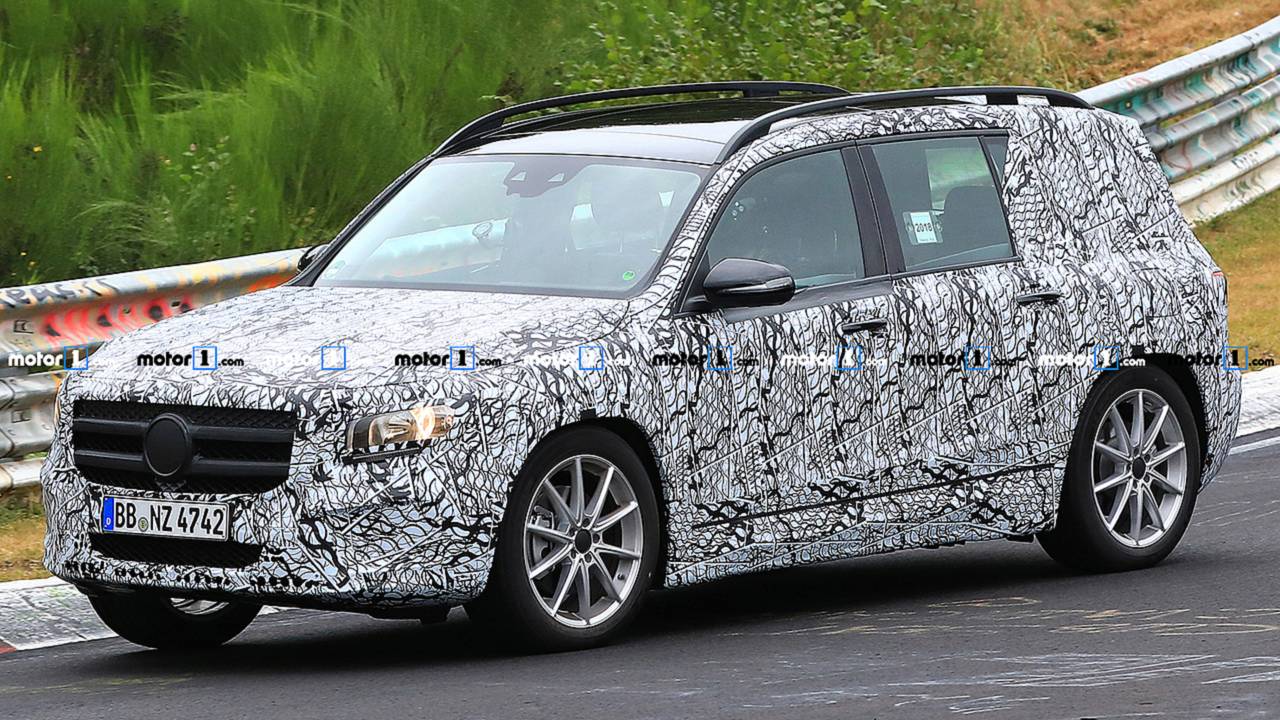 Mercedes' engineers strip away a little camouflage for the latest round of testing.

New spy photos catch the upcoming Mercedes-Benz GLB-Class running around the Nürburgring. The shots are among our best peeks yet at the brand's rugged, compact crossover because there's very little extra body cladding to distort the exterior appearance.

If coupe-inspired, curvaceous crossovers like Mercedes' own GLA-class don't fit your style, then the GLB-Class is the obvious alternative. The two models share the same platform, but the GLB features the boxy aesthetic of traditional SUVs. In front, there's a broad, upright grille. The engineers try to hide the large intakes at the corners of the fascia, but it's obvious where they are.

In profile, the GLB's proportions and size make it look like a shrunken version of the upcoming GLS-Class. The roof is flat, except for a little curvature at the rear, and this design should maximize interior space. The rear hatch looks large, which should also aid in loading big items into the back.

There aren't spy shots of the cabin yet, but we know what to expect. Because the GLB uses Mercedes' front-wheel-drive compact vehicle platform, look for the interior to feature the company's new MBUX infotainment suite with a pair of large screens, including one for a digital instrument cluster. The technology sharing should also allow for the A-Class' driver assistance tech to carry over, which would give the option of semi-autonomous driving in certain conditions.

Under the hood, the GLB would be able to share powerplants with Mercedes' other compact models. This means powerplants as small as the company's new 1.4-liter turbocharged four-cylinder with 161 horsepower and 184 pound-feet (250 Newton-meters) of torque could be available. We would expect the company to offer the many tunes of the brand's 2.0-liter mill, including 188 hp (140 kW) and 221 hp (165 kW) versions, to be a bit more popular, though. At least in Europe, diesel fans would probably be able to get the new OM 608 1.5-liter four-cylinder turbodiesel that produces 114 hp (85 kW) and 192 lb-ft (260 Nm). A seven-speed dual-clutch gearbox should be available throughout the range. While the GLB rides on a front-wheel-drive focused platform, don't look for many of them to come this way because all-wheel drive is a much better fit for the segment.