This Could Be The GMC Granite Compact Crossover 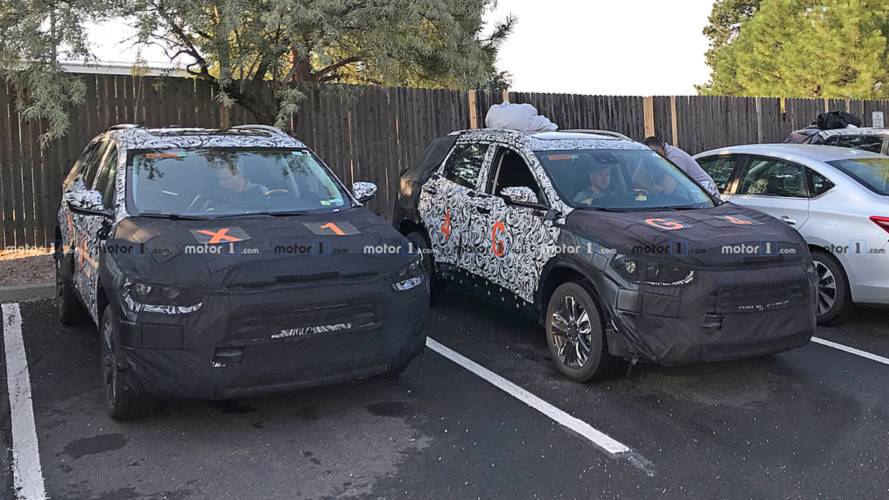 Look at GM's lineup of small crossovers, and you'll notice Chevy has the Trax and Buick has the Encore. Both share the same underpinnings, and it appears GMC may get its own version. New spy photos hint the brand is developing a compact crossover – the Granite – to slot beneath the Terrain, filing a glaring hole in GMC's lineup. Considering the brand is comprised of crossovers, SUVs, and pickup trucks, the addition of a smaller offering makes sense. These first spy photos hint we may see a production version soon.

We don't know if this is a GMC-branded vehicle. There's plenty of camouflage hiding any accurate indication to which brand this crossover belongs. This could be a refresh for the Trax or Encore, though the former is likely. Both the Encore and Trax received updates for the 2017 model year; however, we've seen spy photos of the 2020 Encore. If this isn't a refreshed Trax, that leaves this test mule in GMC's camp.

Get A Peek At Future GMC Vehicles:

The GMC Granite should sound familiar. GMC used the name on a compact crossover concept that debuted at the 2010 Detroit Auto Show. The concept rode on GM's Gamma-2 platform – which currently underpins the Encore and Trax – with a 138-horsepower 1.4-liter turbocharged four-cylinder powering it. That's the same engine and horsepower propelling both platform mates. The production Granite should have the same engine paired with a six-speed automatic.

After GMC revealed the concept, rumors swirled about it entering production in the following years, but a production version never materialized. Compact crossovers weren't the hot sellers they are today. In 2015, GM renewed its Granite trademark filing, fueling rumors the vehicle was in development and heading for production. Three years later, and this test mule is the closest we've come to seeing a Granite production vehicle.

If this is the Granite, we should see it in production for the 2020 model year at the soonest. With auto show season around the corner, GM has plenty of opportunities to reveal a new GMC model. When it goes on sale, it will compete with vehicles such as the Jeep Renegade, Ford EcoSport, and Mazda CX-3.