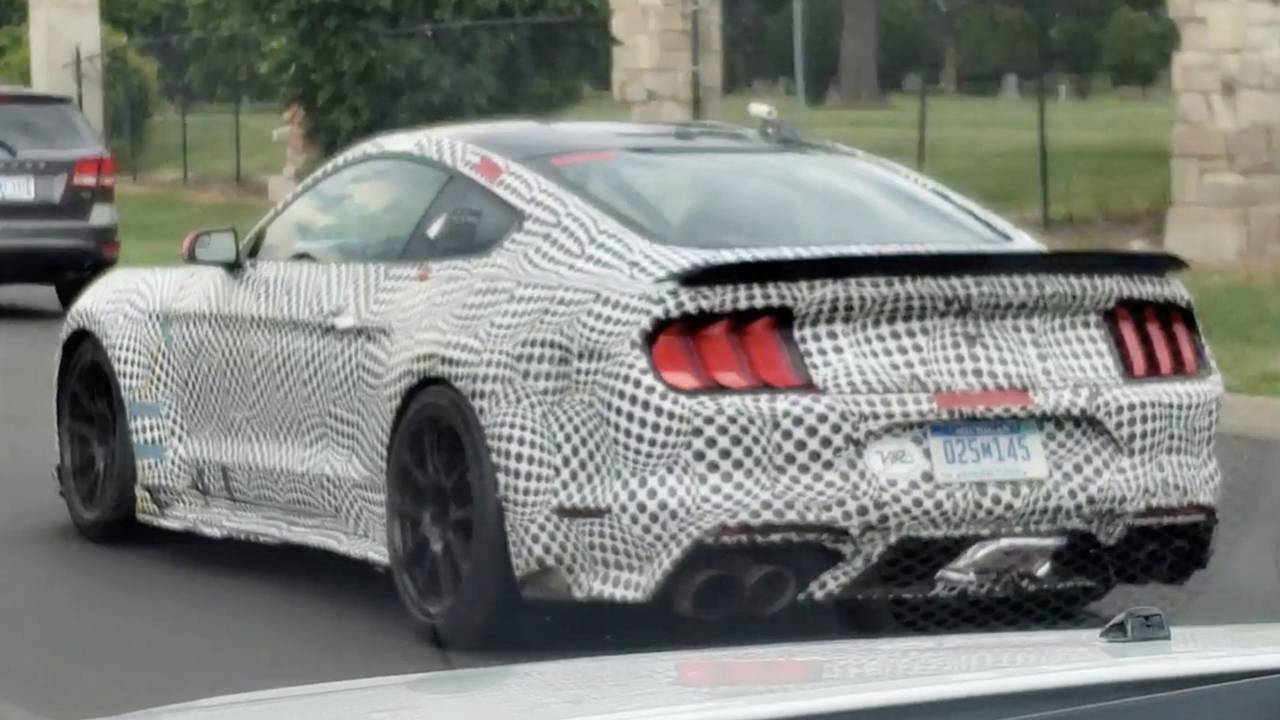 A new spy video reveals Ford testing a Mustang Shelby GT500 test mule, and this version of the muscle car looks a little different than ones in previous spy photos.

In this clip, the GT500 wears a relatively tiny lip spoiler across the trunk. The low-profile look is sporty but without looking too ostentatious. In comparison, Ford's earlier teaser images (gallery below) for the muscle car showed it with a much larger wing attached to the tail.

The difference raises the question of what Ford is testing here. One possibility is that the Blue Oval might offer this smaller lip spoiler as an alternative to the larger one as an option for folks who prefer a less aggressive look. Another option is that the company may have an R variant akin to the GT350R. The spoiler in this spy video would likely be for the standard trim, and the bigger wing in the teaser would probably come with the R.

Evidence points to the GT500 using a supercharged 5.2-liter V8 with over 700 horsepower (522 kilowatts). A new, vented hood and massive inlets in the front fascia would help deal with the extra heat from switching to forced induction. Quick shifting in a spy video hints that a dual-clutch gearbox might be an option, but buyers would also likely be able to choose a traditional three-pedal setup.

A Ford teaser says that the GT500 arrives in 2019, but it's not clear whether the company means the calendar year or the model year. The former would mean several more months of waiting, but the latter indicates the unveiling could happen sometime soon.