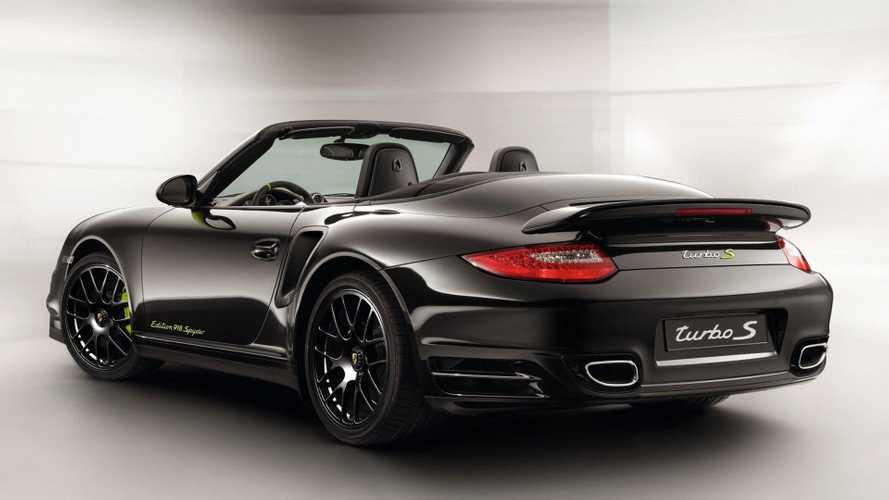 Porsche has announced it will be taking orders on the 918 Spyder plug-in hybrid which it hopes to produced in a limited run starting in 2013.

Porsche would like to begin production in September 2013 on a limited series of 918 units at its Stuttgart-Zuffenhausen plant in Germany.

Starting prices in the United States will be $845,000. In Europe prices start at €645,000, subject to VAT and country-specific charges.

In order to spur sales, Porsche is bundling the 918 Spyder plug-in hybrid with the special edition 911 Turbo S. Only customers who order a 918 Spyder will also be able to get their hands on the limited series 911 Turbo S, in coupe or cabriolet form.

Details on the 918 Spyder plug-in hybrid are still sketchy. Porsche says it will come with a mid-rear mounted V8 displacing "more than 4.0 liters" producing around 500 PS (368 kW / 493 bhp). Two electric motors, one on each axle, will add 160 kW / 218 PS to that output total and making the 918 Spyder an all-wheel drive supercar. Transmission will be the seven-speed double-clutch PDK.

A liquid-cooled lithium-ion battery provides the 918 Spyder plug-in hybrid with a range of around 16 miles (26 km) in electric mode and with a top speed over a limited distance of 94 mph (151 km/h).