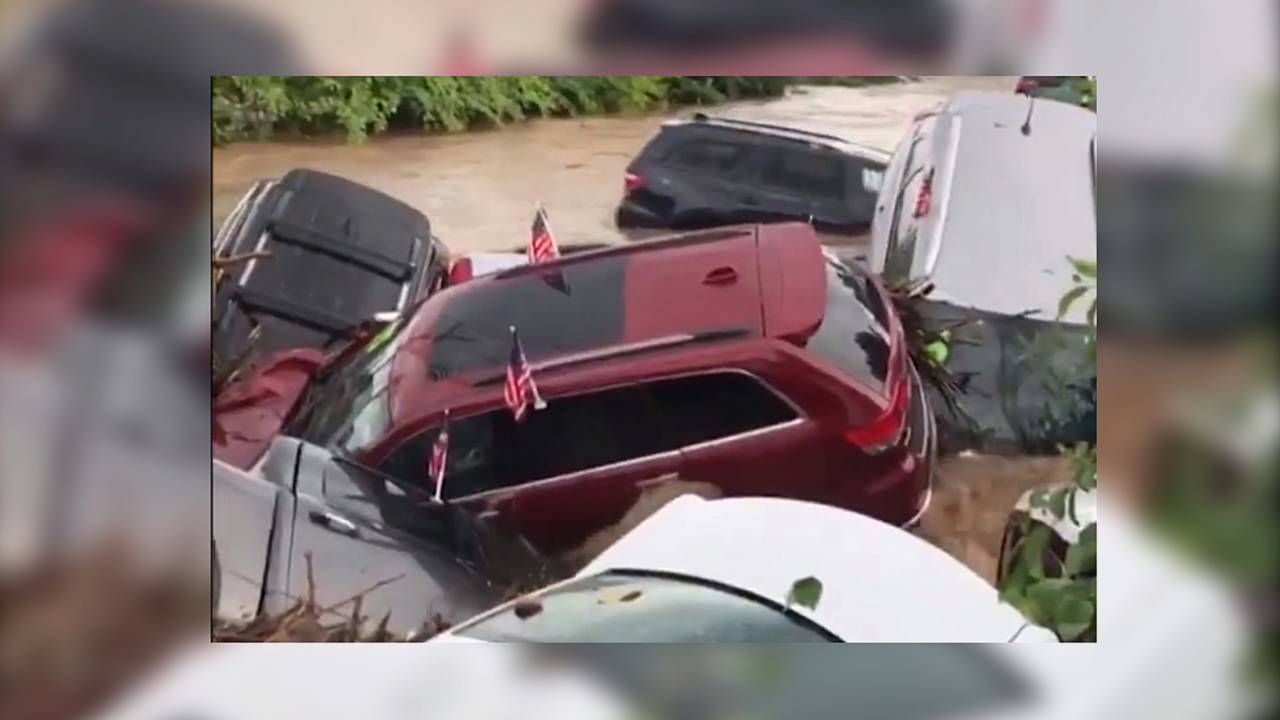 At least there was a bridge nearby to catch them all.

It’s been a very tough summer for folks on the U.S. East Coast, especially in the Northeast and Mid-Atlantic states. Lots of strong storms have dumped copious amounts of rain on what seems like a daily basis. The latest round of precipitation came Saturday, and as this video from CNN on Twitter shows, it was a bit too much for a car dealership in Little Falls, New Jersey.

If you think you see a bunch of Dodge Durango SUV piled up in the river, you’re not wrong. In the background you can clearly see a Chrysler/Dodge dealership, which in this case is Route 46 Chrysler Jeep Dodge in Little Falls. It’s located right alongside the Peckman River, which well and truly overflowed its banks along with the larger nearby Passaic River. We can’t tell if it’s just new cars that were swept up in the current – we see a silver vehicle with windshield wipers on full attack suggesting the car was running when the floodwaters hit. We’ve heard no reports of injuries from this particular incident so we believe (and hope) everyone is okay.

The cars, however, are decidedly not okay. We see a Ram pickup wedged up against the bridge, not to mention a white car and a couple other vehicles we can’t quite identify. They’re mercilessly slammed by a never-ending stream of fast-moving Durangos while onlookers on the bridge watch the whole thing unfold. The scene certainly looks hectic, and this was only part of the flooding that occurred in the New York City suburb over the weekend.

We don’t know how many new cars were caught in this flood, but sadly it seems the threat isn’t over. As of this writing, the area is under a flash flood watch through Monday and well into the night, with more storms and heavy rain in the forecast. To our readers in the east, take care and stay safe.