It’s safe to say the Volkswagen Group has a soft spot for setting new track records not just with high-end cars like the 911 GT2 RS and the Huracan Performante, but also with much cheaper ones such as the Kodiaq RS. After announcing a new record for the fastest production car (Aventador SVJ) at the Nürburgring and after setting EV records with the I.D. R Pikes Peak, the folks over at VAG are proud to announce Porsche has established six new records. The weapon of choice was the Panamera Turbo S E-Hybrid in the hands of Porsche Test and Development Driver Lars Kern.

The goal was to claim a new track (and highly specific) record for the fastest luxury four-door hybrid sedan, although technically, the Panamera is a hatchback. It managed to do just that by setting the new benchmark lap at the following six FIA-approved race tracks.

It has a more practical wagon sibling:

At Sakhir desert in Bahrain on the 5.4-kilometer circuit with its 15 turns, the hybridized super sedan from Porsche in standard production guise lapped the track in 2 minutes and 18.96 seconds. At this location, FIA’s Six Hours of Bahrain endurance race is organized as part of the World Endurance Championship (WEC). Watch the record-setting lap below.

Billed by Porsche as being “one of the most technologically advanced circuits in the world,” the Yas Marina Circuit has 21 turns and also the longest straight among all race tracks in Formula 1. At the challenging 5.5-kilometer circuit in Abu Dhabi, UAE, the Panamera Turbo S E-Hybrid needed 2 minutes and 31.79 seconds to complete the lap. See the record-breaking run below.

Porsche is uploading the rest of the videos on YouTube as we speak, so watch this space for the full set of six videos. Alternatively, you can watch all of them on Porsche's official website by clicking here. 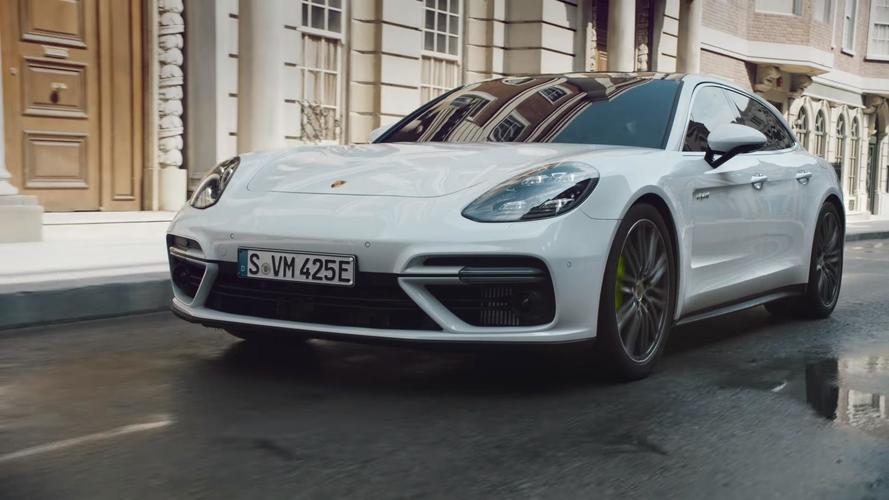