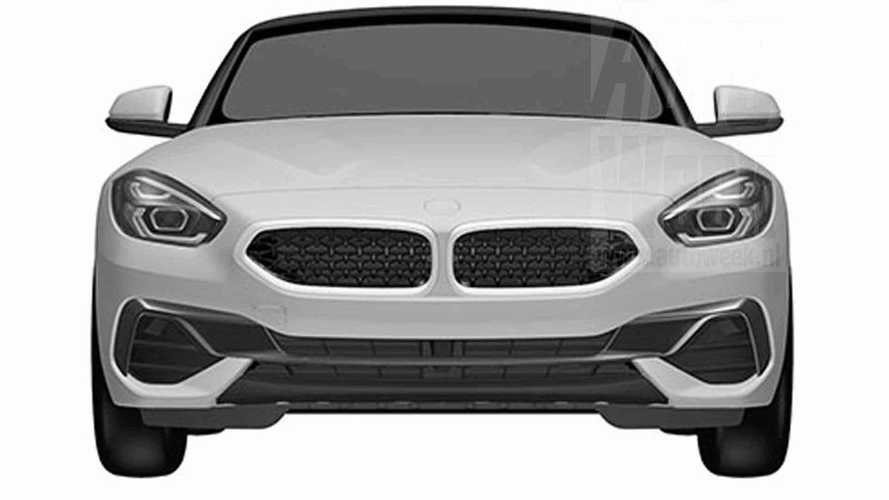 A new leak shows the roadster's side profile and rear end while confirming it's the hot M40i model.

August 23 will be the day when BMW will officially unveil the next-generation Z4, but someone on Instagram eager to show us the roadster a little bit earlier has posted an image of the camo-free front fascia.

The quality of the image might not be the best and the angle from which it was taken is not ideal, but this is by far our best look at the production-ready Z4 known by BMW aficionados by its “G29” codename. Having seen last year’s concept, plenty of spy shots, and the more recent patent leaks, the final design is not what we would call a big surprise, but even so it’s nice to finally see the droptop without any sort of disguise.

The final design doesn’t quite match the excitement of the showcar pictured below, which had considerably sleeker headlights and a more aggressive front bumper. The hood also lacks the shapely vents of the concept, while the side mirror caps are considerably larger as you’d come to expect from a production model. In a weird way, some might say the Z4 looks like a Fiat 124 Spider with BMW’s kidney grille, but we’re sure it will look better in official shots.

We could very well be looking at the range-topping Z4 M40i teased by BMW a couple of months ago. The car appears to feature an assortment of glossy black accents not just on the wide grille, but also around the vents of the bumper.

Technical specifications are shrouded in mystery at this point, but reports are saying the U.S. model will be available in the aforementioned M40i guise and a lesser sDrive30i variant powered by a four-cylinder 2.0-liter engine. BMWBLOG is reporting the base model will cost a little over $50,000 and will go on sale March next year, with the six-cylinder model to cost anywhere from $65,000 to almost $70,000 once it will arrive about a month later.

The top-spec model with its 3.0-liter engine inherited from other M40i models will allegedly produce 382 horsepower in the U.S. model and only about 335 hp in the European Z4. The massive difference has to do with emissions laws on the old continent forcing BMW to install a particulate filter and make other changes in order to sell the soft-top roadster. In both cases, torque is rumored to stand at 369 pound-feet (500 Newton-meters).

Don’t hold your breath for a manual gearbox as it is believed BMW will sell the new Z4 exclusively with an eight-speed automatic transmission engineered by ZF. On the flip side, an electronically controlled limited-slip differential will come as standard equipment.

Getting back to the leak at hand, the Instagram user mentions more will follow ahead of the car’s official reveal at Pebble Beach, so watch this space for further revealing shots of the 2019 Z4.