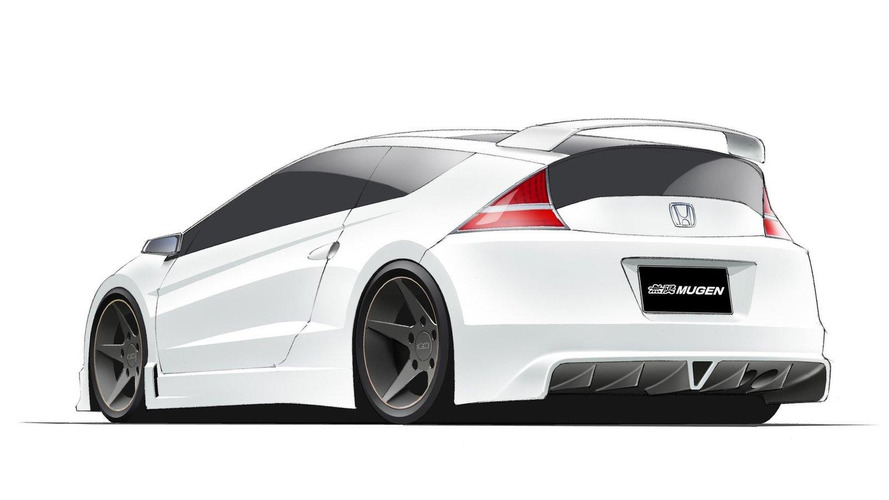 Honda tuner promises better performance for the CR-Z hybrid but offers few specifics. A styling kit is also part of the package.

MUGEN Euro, the U.K.-based subsidiary of Honda's Japanese tuning partner MUGEN, is developing a performance variant of the CR-Z hybrid that the tuner says will provide it with a Type-R-like performance experience.

Similar, or identical to, a previously announced tuning job in Japan, the body kit includes a new front apron, grille with LED daytimers, roof-mounted wing and side skirt.

MUGEN Euro are promising a performance boost for the 1.5 liter petrol-run hybrid system but have not released details.

The tuner also says the CR-Z MUGEN 'might' even deliver better mileage to the CR-Z hybrid, likely through weight-saving measures.

"We wanted to extend the performance of the CR-Z," said Hiro Toyoda of MUGEN Euro in the press release. "It is already a fun car to drive, with an excellent chassis, but we thought that with more power and enhanced torque delivery it could be even more exciting. "

"This will be one quick hybrid," says Martin Moll, Head of Marketing for Honda (UK).

But MUGEN Euro says the CR-Z MUGEN is still in the development phase with no plans for a production version.