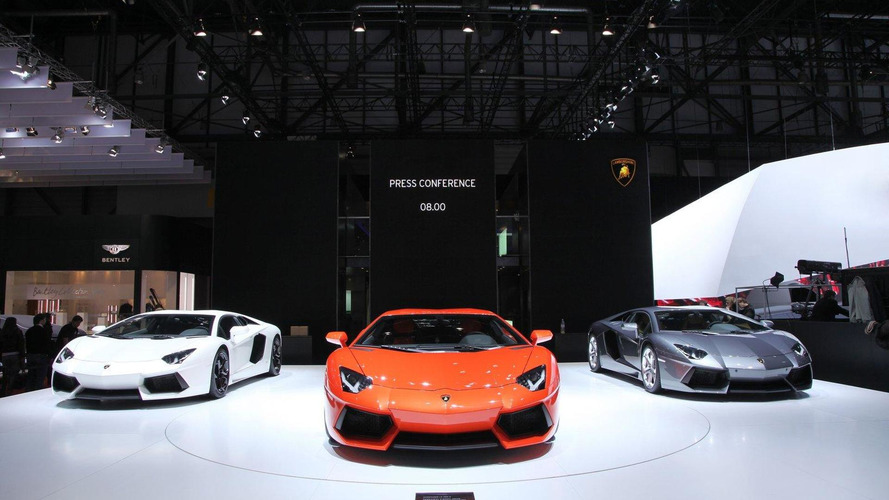 Lamborghini is on the cusp of a major product expansion as a new report is indicating the company will launch several new models in the coming years.

Lamborghini is on the cusp of a major product expansion as a new report is indicating the company will launch several new models in the coming years.

First up, the LP700-4 Aventador has already been unveiled but there is also word that a LP550-2 Spyder will be launched later this year. This seems to make sense as our spy photographers have recently caught the model undergoing testing at the Nürburgring.

In 2012, the company is slated to launch the LP700-4 Spyder and Sesto Elemento. Details are limited, but the latter model is a limited production version of the lightweight concept that debuted at the 2010 Paris Motor Show. As you may recall, the concept weighed just 999 kilograms (2,202 lbs) and featured a naturally-aspirated 5.2-liter V10 engine that produced 570 PS (419 kW / 562 hp) which enabled the car to accelerate from 0-100 km/h in 2.5 seconds.

For 2013, the Gallardo replacement is set to be unveiled. Possibly called the Cabrera, the car will reportedly ride on a new multi-sectional carbon fiber monocoque chassis and feature the familiar 5.2-liter V10 engine that develops 570 PS (419 kW / 562 hp).

A year later, we can expect the Cabrera Spyder and the highly-anticipated Estoque four-door sedan. As we have previously reported, the Estoque is Lamborghini's answer to expanding their lineup to target people who want something more practical than a two-door supercar.

In 2015, the company will reportedly unleash the LP750 Super Veloce which will weigh 150 kg (331 lbs) less than the standard model and have an output of 750 PS (552 kW / 740 hp). Production is expected to be limited to 350 units and pricing will undoubtedly be eye-watering. Besides the SV, there are rumors that an Estoque convertible concept could be unveiled at an unnamed auto show.

For 2016, the Aventador coupe and spyder will receive a facelift.

To kick off 2017, Lamborghini will introduce the production Estoque convertible and the Cabrera Superleggera.

We're taking everything with a grain of salt, but the promise of new Lambos is always tantalizing.