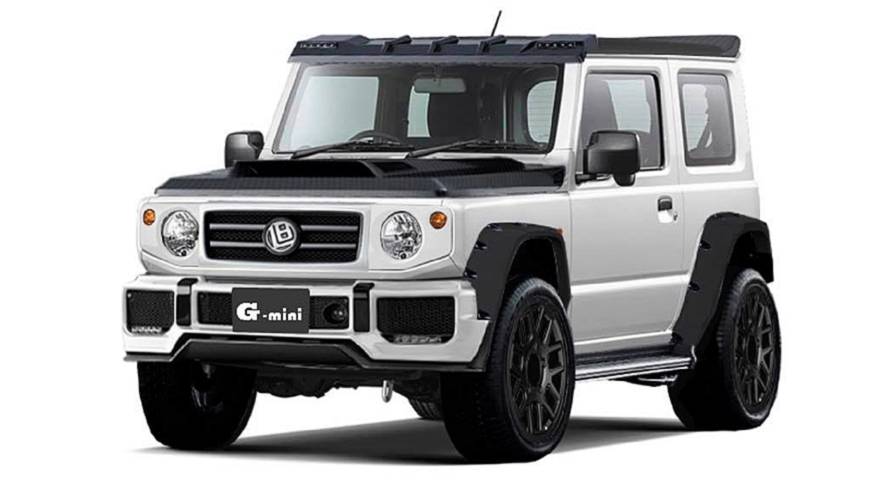 It's hip to be square.

Liberty Walk is known for creating some pretty outrageous body kits. By that, we mean widebody designs with fender flares so massive they create gravity wells large enough to swallow wheels and tires whole. The style definitely falls into the love-it-hate-it realm, but one segment where big wheel arches generally look good – or at least more natural – is the SUV world. That’s where Liberty Walk is headed with this latest offering, but if you’re expecting to see something extravagant like a Range Rover or Porsche Cayenne, think again. Yup, that’s a Suzuki Jimny featured on the tuner’s Facebook page.

If you can’t help but notice a similarity to the Mercedes-Bens G-Class, you’re not wrong. Clicking through the other photos Liberty Walk includes in the post, you’ll actually see a G63 AMG already wearing a Liberty Walk upgrade.

Check Out the Jimny:

We don’t have any information on everything the tweaked Jimny gets, but the photos really speak for themselves. There’s no other way to say it – the little Suzuki’s squared shape lends itself remarkably well to a G-Class makeover, and this side-by-side comparison gives us an idea of what Liberty Walk is up to here.

The fender flares are naturally pumped up, the grille is new, and the front fascia is a smaller version worn by the tuner's G63. The hood appears to get the carbon-fiber treatment, and the roof gets the necessary visor and rear lip to mimic the beefy Merc. Upgraded wheels are a given, and we even spy a side-exit exhaust under the running board.

Check out the new Jimny:

There’s just this single Jimny photo, and while we assume this body kit is legit – the Jimny is quite popular in Euro and Japanese markets after all – it certainly seems to be a departure from the rides we're used to seeing at Liberty Walk. With a new Jimny having just debuted last month, now would certainly be the time to unveil such a creation. Hopefully we’ll hear something from the tuning company soon giving us details on this Mini G-Wagen.