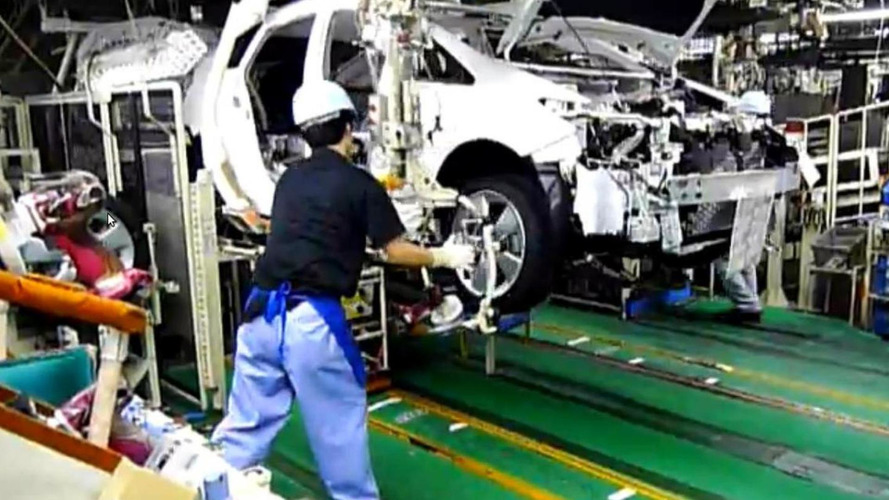 Toyota shuttered all production in Japan until Wednesday, 2300 Nissan vehicles damaged or destroyed by tsunami.

Japan's auto industry has taken a huge hit after the earthquake and tsunami (and subsequent nuclear emergency) which struck the country last Friday.

Most major Japanese automakers have had their production slowed or shut down completely by the disaster, including Toyota, Honda, Nissan, Mazda Mitsubishi and Subaru.

Toyota has shuttered all production in Japan until Wednesday (today) in order to conserve energy as the country deals with rolling blackouts due to power failures and the threat of a meltdown at its Fukushima nuclear power plant.

Honda has shut down production at several plants, including the Suzuka where it makes several high-demand hybrid models.

The threat is also coming from suppliers who's operations have been disrupted by the disaster and cannot deliver parts on time to automakers' assembly plants. The global supply chain is very complex and interdependent and the tsunami can come to affect production in other countries too.

Mazda and Subaru have extended their Japanese plant shutdowns until Sunday due to a parts shortage. That shortage also affects Subaru and Toyota production in the United States at the Subaru plant in Lafayette, Indiana, which builds the Subaru Legacy, Outback and Tribeca models as well as the Toyota Camry. The plant had to suspend production due to a shortage of parts.

Mitsubishi shut down its assembly plants on Monday and Tuesday but said it will reopen them today and assess how to move forward with production given the possibility of running out of parts from their Japanese suppliers.

The tsunami also damaged or destroyed 2,300 Nissan and Infiniti vehicles at the Port of Hitachi in Ibaraki prefecture which may affect deliveries and stock in the United States where the bulk of those vehicles were headed.