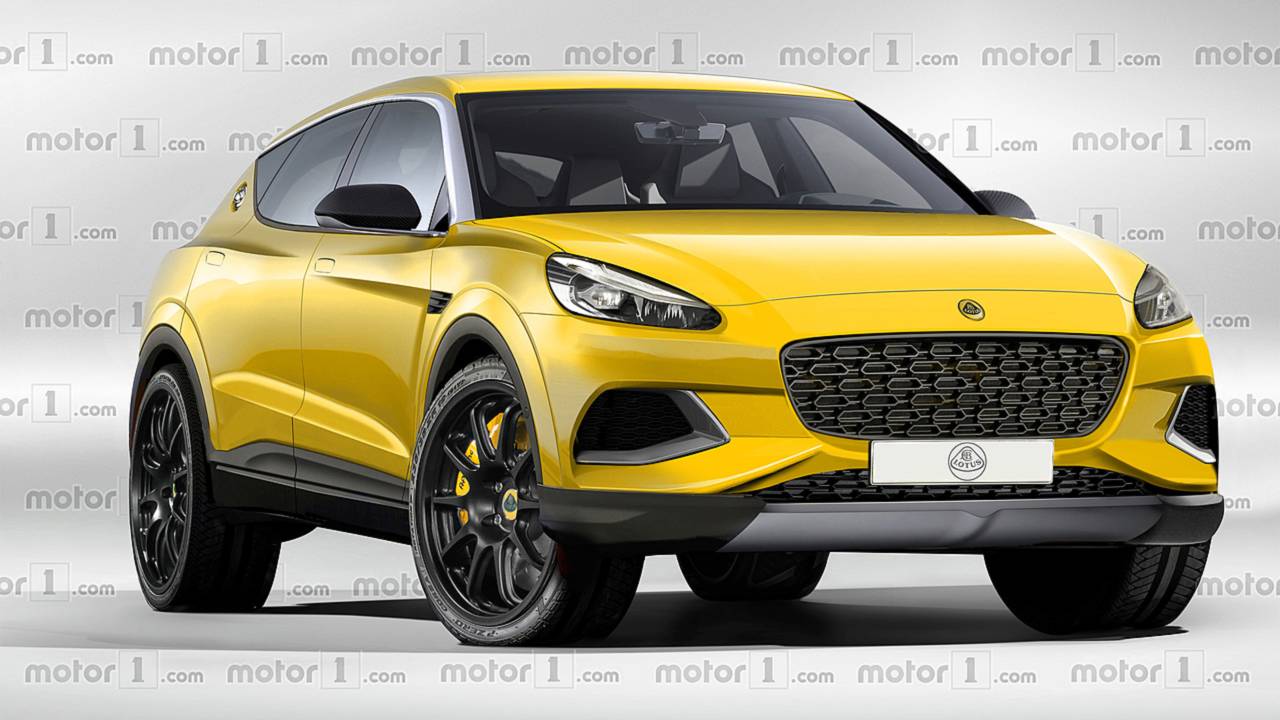 Lotus is already working on its first-ever sport utility vehicle, which should be ready for a market launch in approximately four years from now. Aimed against Porsche’s Cayenne, the model will benefit from technologies developed from Volvo and Lotus own cutting-edge solutions.

Late last year, leaked patent images provided us a strong indication of the design path the SUV will take. Now, based on these detailed sketches, our artists have created this exclusive rendering, giving a better look at the sporty British SUV.

Here's what to expect from the Lotus SUV:

As one might expect, the vehicle is envisioned with aggressive lines and muscular side profile. This is combined with a massive radiator grille and large air intakes in the front bumper to give the SUV a distinctive and recognizable overall look. Those multi-spoke black wheels are a nice touch, too.

It will be interesting to see where Lotus will position its first SUV. It’s natural to expect it to be on the sportier side of the compact premium SUV spectrum, but the automaker might also decide to push it further into the luxury territory. That’s possible mainly thanks to the Chinese market, where customers want “more luxury, more expensive cars.”

One of the main advantages of the Lotus SUV compared to its rivals should be its weight. The manufacturer wants to make the car “a lot lighter” than competitors but, of course, “it’s never going to be as light as an Evora.”

Now part of Geely’s ever-growing family of brands, Lotus has access to modern assist and safety technologies sourced from Volvo, as well as to its Chinese owner’s financial resources. As a result, the new SUV is expected to be produced in China rather than in Britain at the company’s factory at Hethel in Norfolk.

According to preliminary expectations, Lotus’ first-ever SUV should be ready in 2022.