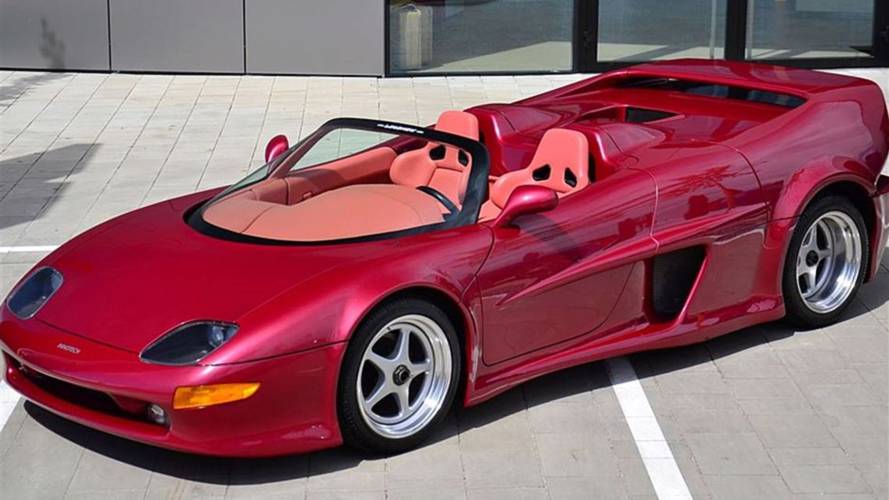 If you can't wait for the real deal, this C4-powered custom supercar could be your salvation.

One of the worst-kept secrets in the performance automotive realm these days is the mid-engine Corvette. We’ve seen countless spy photos and videos of camouflaged prototypes, caught in the act doing everything from on-track testing to grabbing a fast-food lunch. Specs have been leaked, speculation on engines is rampant, and there were even some CAD drawings that surfaced. Still, we have nothing officially confirmed – including an approximate date when you might be able to buy one.

For those who can’t wait, you can sort-of get your mid-engine ‘Vette fix right now with this curious one-off creation that’s for sale in the UK through Racecarsdirect.com. It’s called the Innotech Corvette; it was built back in 1993 by Czech automotive designer Vaclav Kral and it's the only one of its kind. The body and tubular frame are all custom fabricated, and though it references Corvette we see no small amount of '90s Ferrari and Lamborghini influence in the shape. Being a roadster it has no top, and the interior is handsome enough – especially if you’re a fan of salmon upholstery.

If you’re wondering where the Corvette connection comes in, it’s all about the powertrain. The heart of this supercar is a 300-horsepower (224-kilowatt) 5.7-liter LT-1 V8 sourced from an early 1990’s C4 Corvette, backed with a custom-built five-speed manual transaxle. The suspension components also come from the Corvette, along with the brakes and steering gear. It rides on 18-inch wheels with properly massive 335-series tires on the back, and with just under 3,000 pounds (1,360 kilograms) to contend with, the V8 should provide some brisk performance. We can’t see the odometer in the photos, but the listing tells us only about 100 kilometers (62 miles) have rolled over, so this is basically a new car.

The asking price for this one-off supercar isn’t listed, but the market value is said to be €250,000 which equates to $289,650. That’s some serious coin, but the folks at CorvetteBlogger.com say the seller contacted them and offered up an asking price of $120,000.

Some might argue this isn’t a mid-engine Corvette since the only related bits are the engine and driveline components, wrapped in a custom body and chassis that have no clear Corvette connection. That doesn’t change the fact that it’s great looking ride with Corvette components, and we definitely wouldn't mind a joyride.