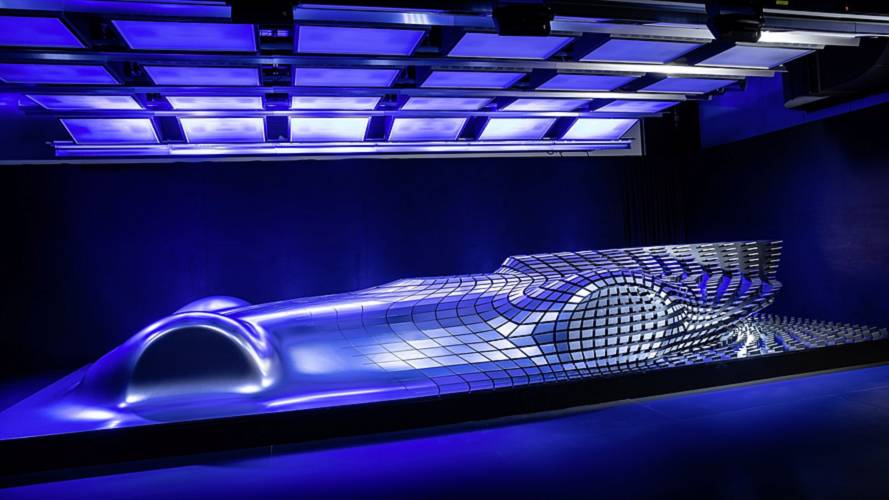 The flamboyant 1930's shape could be a halo car for the company's electric EQ lineup.

We’re just around the corner from this year’s Pebble Beach Concours D’Elegance, as is evident by the various teasers we’re getting from automakers on new projects. Mercedes-Benz tossed us a bone about a month ago for its retro-themed concept called Aesthetics Progressive Luxury that will debut at the event, and now we’re getting another taste in this recent Facebook post from the manufacturer.

Actually, taste might be too strong a word for this extremely short clip that doesn’t really show us much. This comes across more as a reminder that Mercedes will head to California with a new concept that borrows heavily from 1930’s racing design, paying homage to its Silver Arrows racing legacy. If the sculpture photos we saw back in July are any indication it should be positively fabulous to behold, mixing classic design cues with a tremendous tail that looks like something from a Batman movie.

There is another small-but-notable clue in this teaser video. Rather, the clue comes in the text portion beneath, with the hashtags #eqsilverarrow and #SwitchToEQ. As we’ve seen quite often in the last few years with other automaker concepts, this classically elegant design should incorporate a thoroughly modern electric powertrain for motivation.

Mercedes is expected to reveal the EQ C – its first EQ-badged vehicle – in October at the Paris Motor Show, and this concept will likely incorporate some features we can expect to see on it. In fact, rumors from the previous teaser say this concept could become a one-off production machine to serve as a halo car for the company’s new EQ range of models. As for how much power it will create, that’s anyone’s guess. If it is slated to be a functioning halo car, we expect it will make a lot of power.

One thing is for sure. This car should really turn some heads at Pebble Beach when it’s unveiled on August 24.