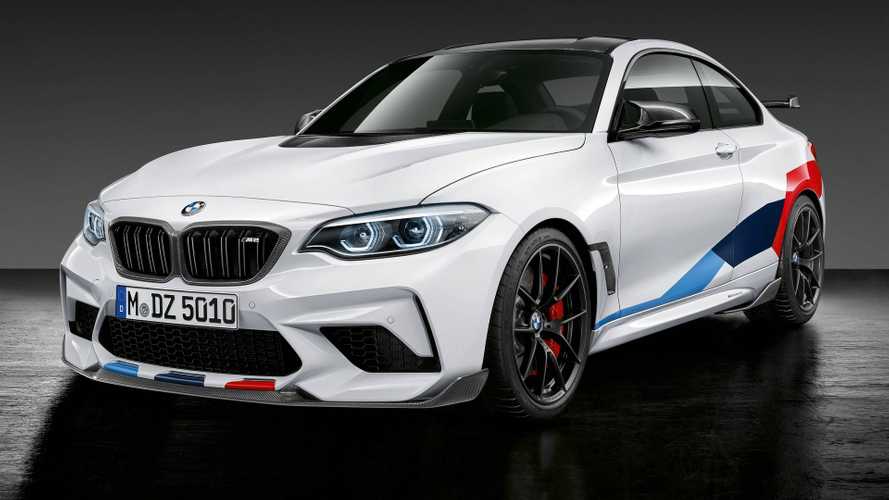 The M2 CS will apparently be a limited-edition car only for the United States.

BMW introduced the M2 Competition only a few months ago as a replacement for the regular M2, but already we’re hearing rumors about more amped-up versions of the performance coupe. Anonymous sources close to the matter cited by BMWBLOG are saying the Germans are working on not one, but two limited-run M2s due to be unveiled in the following years.

The first to hit the market is apparently the M2 CS, which will be a special edition version scheduled to come out in 2019 exclusively for the United States. Customer deliveries are set to commence at the beginning of 2020 and the car will feature an array of upgrades over the recently launched M2 Competition. The report goes on to mention BMW’s engineers will shave off some weight by installing more lightweight parts as seen on the M Performance Parts concept lighter by approximately 132 pounds (60 kilograms) than the standard car.

While weight will go down, power is expected to go up. It’s perfectly doable considering the M2 Competition has borrowed the M4’s engine, but in a de-tuned configuration. It pushes out 405 horsepower and 406 pound-feet (550 Newton-meters) of torque, so it definitely has room to grow and get closer to the base M4’s output.

BMW won’t ignore the rest of the world as while the U.S. will get the M2 CS, the plan is to introduce an international M2 CSL just a few months later. It will allegedly go on an even stricter diet while gaining more muscle compared to the CS. This one too will have limited availability as the report mention the car will be offered for only about a year, quite possibly as a last hurrah for the current-generation 2 Series.

It remains to be seen whether this interesting rumor will pan out, but it could happen considering BMW has promised to dust off the “CSL” badge and has also trademarked the suffix for M1 through M8 models.