The EB110 wasn't Bugatti's most successful race car, but the two examples were some of the most beautiful competition machines of their time.

Bugatti has a legacy as one of the premier names in European racing in the first half of the 20th century, but you're never going to see a Chiron lapping the 24 Hours of Le Mans because it doesn't fit the firm's current niche of providing fabulously quick grand tourers to the ludicrously wealthy. A new, 35-minute long documentary delves into the last two Bugattis to compete in world-class racing series by discussing the vehicles with the people responsible for creating them. The video is in Italian with English subtitles and features some great racing footage from the mid-1990s. 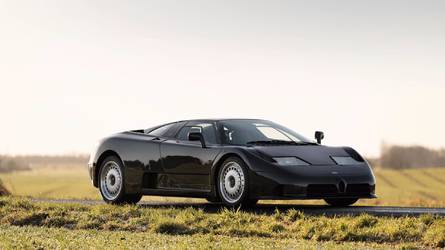 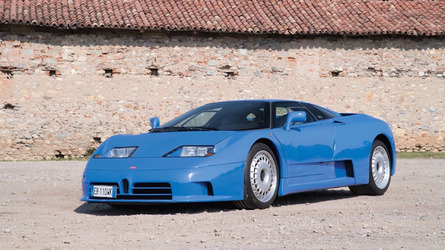 Beautiful Bugatti EB110 GT heading to auction with no reserve

The Bugatti EB110 featured a 3.5-liter, quad-turbo V12 that was good for 592 horsepower in the top specification, which was insane performance by early 1990s standards. Michael Schumacher even bought one. A wealthy gentleman racer even approached the company to commission building an EB110 for the 24 Hours of Le Mans, and Bugatti accepted the challenge.

The EB110 LM (the blue car in the images above) competed at the 24-hour race in 1994, and Bugatti's team worked night and day to make it the best vehicle possible. Designers tweaked the body for better cooling and to fit wider wheels. Meanwhile, the engineers pulled weight out wherever possible.

A fascinating anecdote in this documentary is the story of one engineer's effort to build a special, unsynchronized gearbox. The guy wasn't sure how, but he had connections at Dallara. However, the folks there wouldn't let him take the gears to copy, so this guy had to draw out the design by hand. Bugatti was tight on money at the time, and the engineer tweaked the design to prevent additional machines from being necessary when manufacturing the gears. When the whole gearbox was done, the team installed it into the car. The driver took it out, hated the feel, and requested the street-spec, synchronized transmission's reinstallation. That's the way the EB110 LM went to Le Mans.

An accident in the final half hour of the race kept the LM from finishing the event, but then another team commissioned Bugatti to build an EB110 race car. This one went to the IMSA series in the United States, including competition in the 24 Hours of Daytona. While they looked similar, the engineers used their knowledge from the LM to create what they felt was a better machine.

Given that both of these Bugattis are unique, owning one is essentially out of the question. However, Amalgam makes a gorgeous 1:8 replica (gallery above) that uses CAD data from scanning the actual machine. At $10,160, putting it on your shelf is a bit of an investment, but then so is buying a real Bugatti.

The Divo will be Bugatti's latest hypercar soon, and Amalgam will probably make a model of it, too.