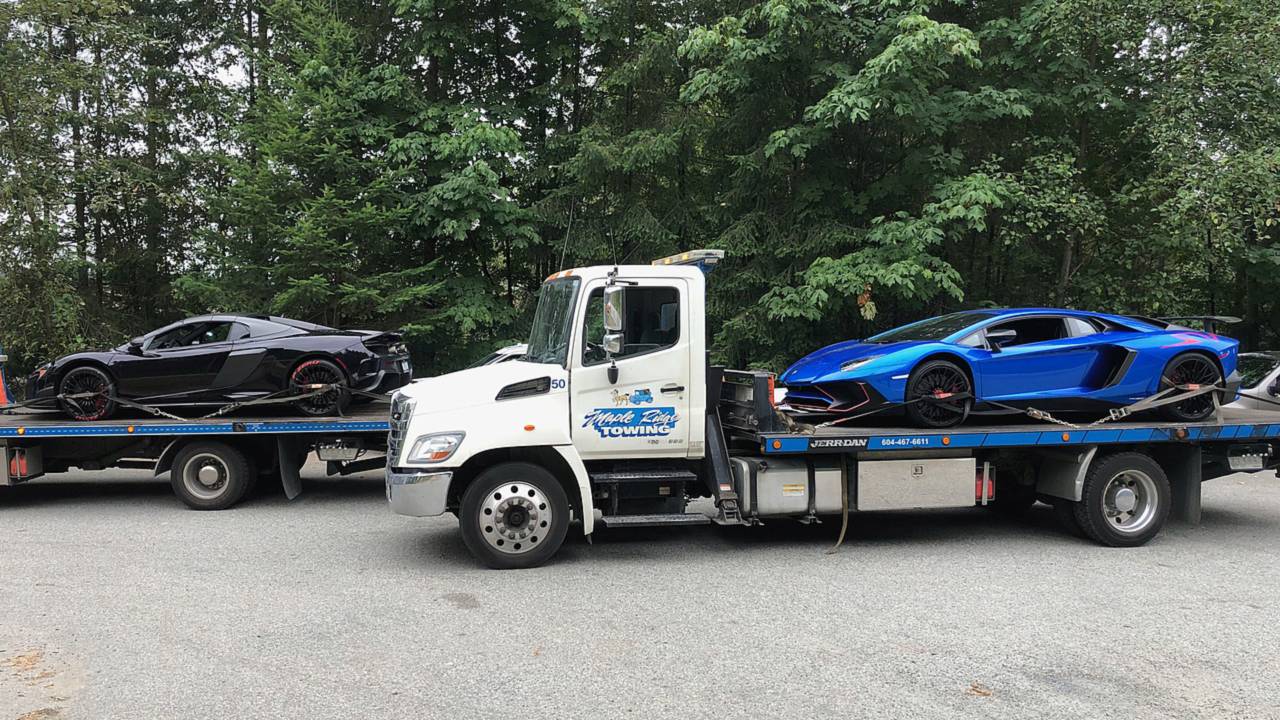 Police fined both drivers $368 and added three points to their driving records.

One of the safest and most enjoyable places to test the limits of your car is the race track. It provides a safe environment away from others, limiting the risk of a car crash or something worse. Often, you can even learn a thing or two from the more experienced drivers who are there. Pushing the limits on public streets is dangerous and deadly, which is why the Royal Canadian Mounted Police impounded these two supercars. These two 22-year-old owners didn’t get the memo that high-speed driving is for the track. Not only is it dangerous to speed on public roads, but you can also get a speeding ticket.

The incident happened on August 2 when police performing traffic enforcement in British Colombia caught, what appears to be, the Lamborghini Aventador SV and McLaren 675LT Spider speeding. Police clocked both cars traveling 138 kilometers per hour (85.7 miles per hour) in an 80-kph (50-mph) zone. That’s reckless. Police stopped both for excessive speed, immediately impounding the vehicles, which is for a minimum of at least seven days.

From the police report, both drivers have received other excessive speeding infractions and fines before the August 2 incident. What’s ironic is both drivers were heading to a track-day event at Mission Raceway, which would be the perfect place to speed. But it appears neither could wait to get there.

“This stretch of Lougheed Highway is our number one problem area when it comes to excessive speed,” said Traffic Sergeant Bruce McCowan. “No matter the time of year this specific area is plagued with unsafe speeds, 24/7, regardless of the road and weather conditions. We have seen too many tragic outcomes where all the driver needed to do was just slow down.”

Police fined both drivers $368 each for speeding while adding three points to their respective driving records. Police also forwarded the report to the Superintendent of Motor Vehicles for further review. If both drivers had previous speeding infractions, their newest tickets will not reflect well on their record. All this could have been avoided if both drivers could have left the speeding for the track instead of the road. Maybe now they’ll learn their lesson.