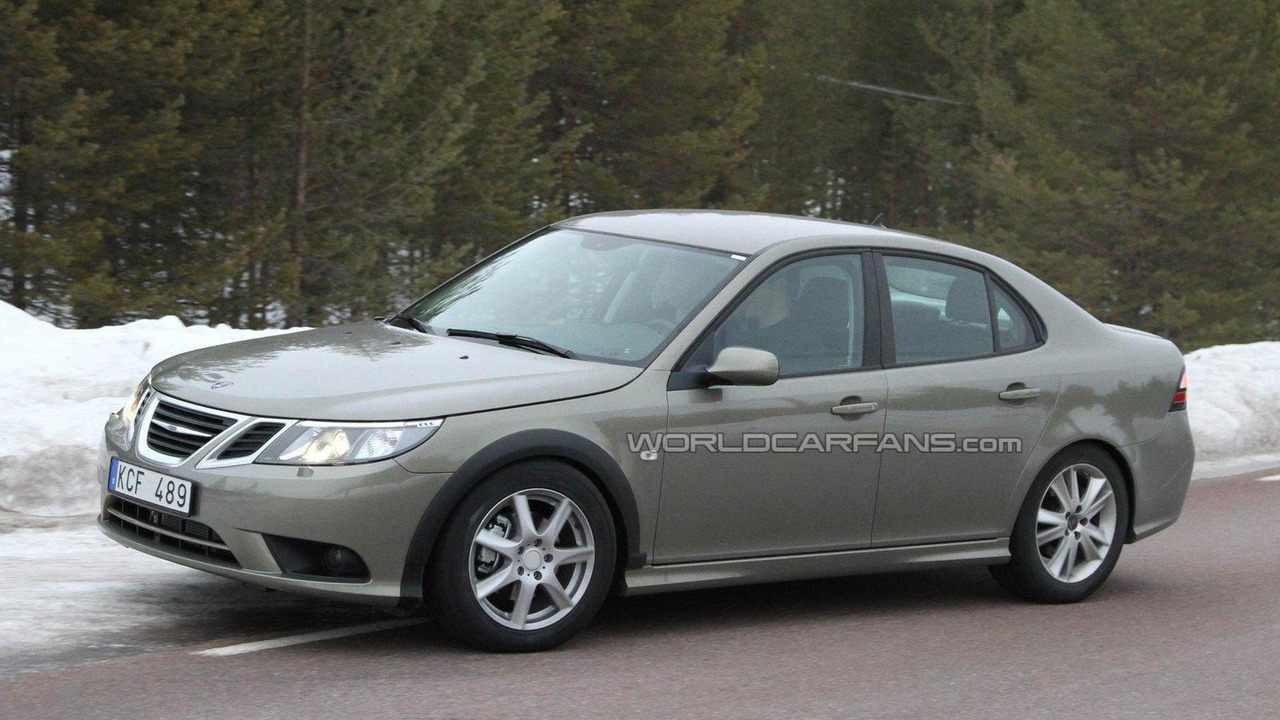 Next-generation Saab 9-3 will feature some chassis changes over its predecessor.

The chassis on this mule appears to have some modifications, including a wider front axle. In a set of shots snapped during testing in southern Europe in February, we also noticed the extended wheel arches.

As the model is slated for a debut next year, we can expect a full body prototype to begin testing soon.

The 2012 Saab 9-3 will be offered in both three- and five-door hatchback body styles. It will be built on a modified Epsilon I platform with parts sourced from other automakers such as BMW.