BMW i8 spied in the Arctic Circle 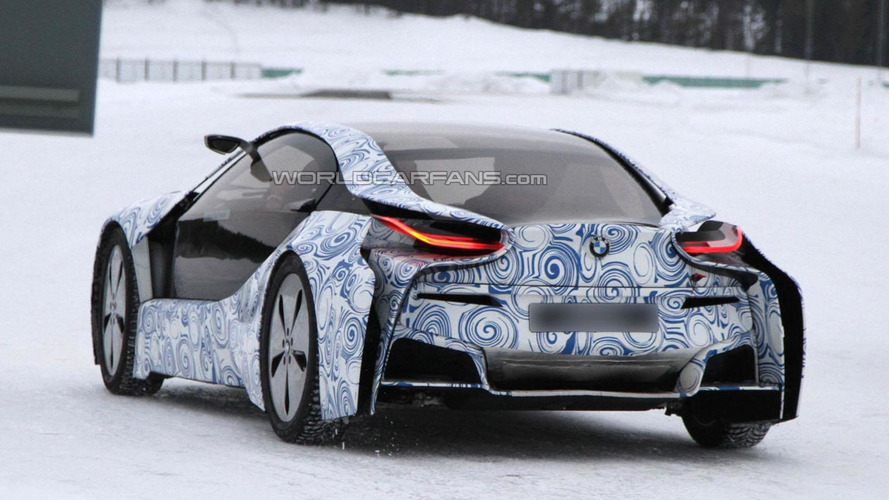 Looking virtually identical to the Vision EfficientDynamics concept, the BMW i8 has a revised rear fascia and a a repositioned third brake light.

Just days after the i3 was spied in Scandinavia, the BMW i8 has turned up in the Arctic Circle.

Caught wearing sky-inspired blue and white camouflage - as opposed to the traditional black and white getup - the i8 prototype looks virtually identical to the Vision EfficientDynamics concept which debuted at the 2009 Frankfurt Motor Show. Despite the similarities, the prototype has a repositioned third brake light and a revised rear fascia with an integrated diffuser.